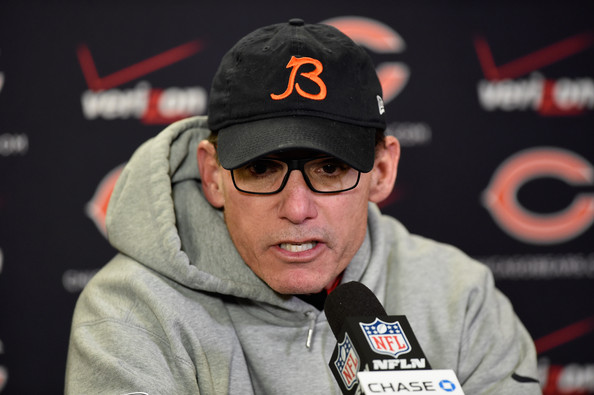 After getting out to a fairly bleak scoring start to the 2016 NFL season, the Baltimore Ravens made an in-season change at offensive coordinator in the wake of two consecutive losses. And wouldn’t you know it, according to the team’s official website, it has already been a wonderful, wonderful thing.

“Based on early indications”, meaning one or two practices, “Head Coach John Harbaugh’s decision to switch coordinators to spark the offense has had its desired effect”, writes Ryan Mink. “There’s already a definite change in attitude and energy surrounding the group”, he writes.

The Ravens, of course, dumped offensive coordinator Marc Trestman after 21 games at the helm, during which span they only hit the 20-point mark a surprisingly small handful of times. Obviously, they have also been riddled with injury during that time as well.

In releasing Trestman, Baltimore promoted quarterback coach Marty Mornhinweg, who joined the staff with Trestman in 2015. He has served as offensive coordinator three times previously around the NFL, including from 2006 to 2016 with the Eagles, and he has also served briefly in head coach and assistant head coach roles.

The Ravens are hoping to duplicate the same success that they found the last time that they made a mid-season change at offensive coordinator. The team let go Cam Cameron in the middle of the 2012 season and replaced him with Jim Caldwell, who also happened to serve at that time in the capacity of quarterbacks coach. His offense scored 34 points in a Super Bowl victory.

Speaking as somebody who was there, Dennis Pitta reflected on that turnover four years ago, saying that “I think we just kind of hit a plateau offensively with Cam Cameron for whatever reason. It was not necessarily Cam’s fault, but sometimes that happens in this business. Making the change just kind of sparked whatever it was that got us going”.

He added, “hopefully this will do the same thing. Hopefully we have a similar result and we can go all the way to the Super Bowl. That would be nice”. Of course it would be, but it is unlikely that the definition of insanity applies in this case—that is, repeating the same action and expecting different results.

For his part, Harbaugh said that Mornhinweg and quarterback Joe Flacco “have been tied at the hip for two years really. I think the communication part of it is a real positive”.

Flacco called him “an exciting guy”, saying that “he brings a lot of confidence to the room. He is very sure in what he is doing and what we are going. I think he gets everybody going and gives everybody a good outlook on the game plan”.

Though the Ravens have a winning record, Mornhinweg will still have is work cut out for him. Baltimore has produced just eight offensive touchdowns this year, with five passing and three rushing—two from Flacco. They have also added 12 field goals, scoring 92 points total, an average of 18.4 points per game.