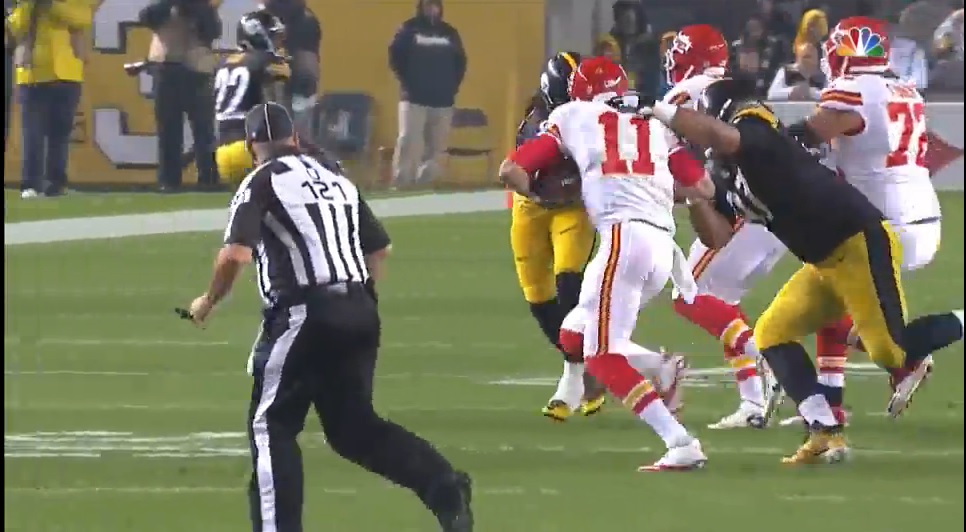 I doubt Keith Butler actually listened but we can all pretend he heard us anyway.

The number one request from this Pittsburgh Steelers’ defense was to become more aggressive, send more blitzes and defenders. And Butler responded to that as the defense dominated the Kansas City Chiefs.

On Sunday, Butler sent 5 or 6 rushes on 19 of 58 opportunities. That’s just under one-third of the time, easily the highest mark of the season. And he blitzed 24 times, 41.4%, also his highest.

Here were Butler’s game-by-game totals in each category in the previous three games.

Do the math and that means he blitzed five rushes more often against Kansas City than he did the first three weeks combined.

Now that isn’t his most aggressive game as the defensive coordinator. That came in Week 17 last year when he blitzed the Cleveland Browns over 50% of the time. Compared to last year, the Chiefs’ game would’ve ranked only the ninth highest in 5+ rushes and the sixth highest in blitz percentage.

But this year, it was a stark change, a clear adjustment, from the previous gameplans.

The decision clearly paid off. The Steelers recorded four sacks opposed to just one in those first three weeks and pressured Alex Smith 14 times, the most in any game. James Harrison and Cam Heyward led the way with 3.5 pressures each. That surpassed both their season totals.

Heyward now leads the team in pressures with 6.5. Harrison is second with 5.5 while Stephon Tuitt and Arthur Moats are tied with five. Jarvis Jones, because I know you’re wondering, has three. And Anthony Chickillo has one.