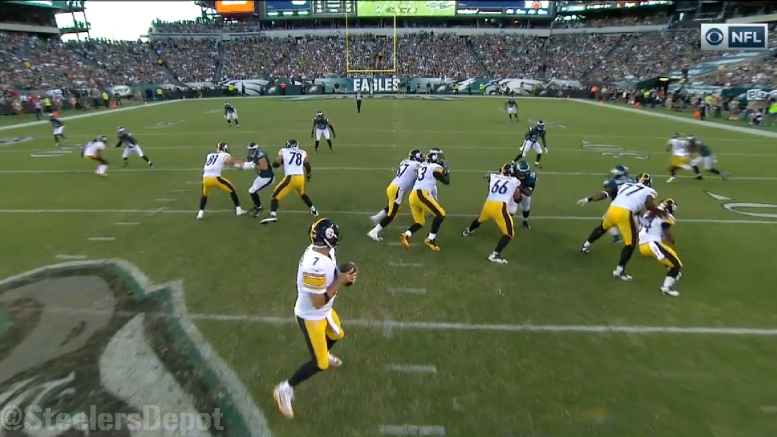 There was a brief scare there for a moment on Thursday for first-year offensive lineman B.J. Finney, after he reported got his finger tied up in a teammate’s facemask, an injury that forced him to leave practice early, but he got himself taped up and soldiered through Friday’s practice in order to position himself to make his first career start.

And when he does take the field with the starting lineup for the first time—on Sunday night, in prime time, with full introduction benefits, naming your school—he will be doing so against visitors from a place that feels very much like home—because it is. Or at least not far from it.

A native of Kansas, Finney was born in Wichita in 1991 and attended high school in nearby Andale. From there, he traveled a bit north and east in the state to Manhattan, KS, where he became a four-year starter in 52 consecutive games after initially making the Wildcats team as a walk-on player.

It was there that he built his draft resume as Big 12 Offensive Lineman of the Year, and a three-time Rimington Trophy Watch List player, finally ending up as a finalist in his last year. While he may have gone undrafted in 2015, Finney was given a mid-round draftable grade by a variety of sources, and that is why the Pittsburgh Steelers made him a priority free agent.

It meant a great deal to him to be able to sign with the Steelers, as no doubt almost everybody reading this article is aware. He was famously emotional as he announced to friends and family while the tape was rolling that he would be signing with Pittsburgh, the team he grew up watching, after the draft.

But his family, being from Kansas, obviously has rooting interests in the Steelers’ opponents today, the Kansas City Chiefs, who got the better of Pittsburgh back west, but Finney is hoping to get one over on his local team growing up while as a member of the team that he has always wanted to play for.

No doubt the young man will have family in attendance, and no doubt many of them will be tempted to don Chiefs gear, but I’m hoping that the majority of them anyway will be sporting the black and gold that their own will be attired in tonight.

I am sure that the opportunity to make his first start with the Steelers against the Kansas City Chiefs means a lot to Finney as well. After all, he more or less spent his life in Kansas up until about a year and a half ago when he got the phone call and spoke with Mike Tomlin.

The first-year player did not make the 53-man roster as a rookie, but he did get signed to the practice squad after he got over a preseason injury, and by the end of the year, he was given a pay raise equivalent to a rostered salary. In his second year in the Steelers’ system, he made the roster and rose up on the depth chart enough to be put in the position to start due to injury today.