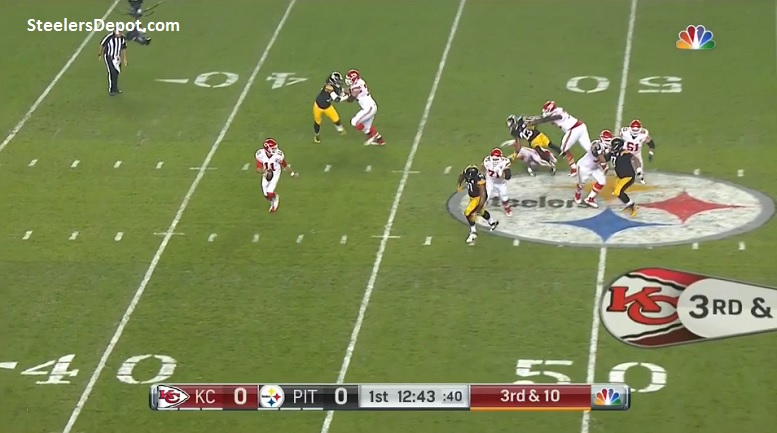 According to Ray Fittipaldo of the Pittsburgh Post-Gazette. Chiefs running back Spencer Ware has been fined $9,000 for an illegal chop block on Steelers safety Mike Mitchell that was not called a penalty during the game.

Chiefs RB Spencer Ware fined $9,000 for illegal chop block of @iammikemitchell that was not called a penalty during the game.

The play in question happened with 12:45 left in the first quarter. It was a 3rd and 10 play and Mitchell came on a delayed blitz. After initially being picked up by Chiefs left guard, Ware came in from the side to chop the legs out from underneath Mitchell while he was still engaged with the offensive lineman.

As you can see in the animated gif of the play below, Mitchell was looking for a flag immediately after he was chopped illegally. However, as previously mentioned, no penalty was called on Ware for his actions.