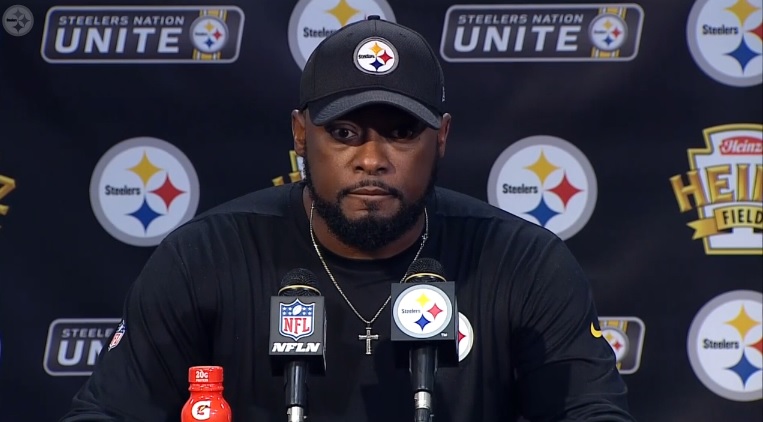 Over the course of the game yesterday between the Pittsburgh Steelers and the Cincinnati Bengals, Steelers third-year cornerback Ross Cockrell spent much of his time on passing downs following Bengals sixth-year wide receiver A.J. Green from the left to the right side, wherever the All-Pro wide receiver was supposed to line up.

The end result was a game in which the former top-five draft choice caught only two passes for 38 yards, in a contest in which quarterback Andy Dalton threw 54 passes, completed 31, and gained 366 yards through the air. Green’s proportion of that total is a decidedly low total, accounting for not much more than 10 percent of the total yardage gained through the air.

It was, in fact, the running back screens that did the most damage, with Giovani Bernard collecting nine receptions for an even 100 yards and a touchdown, which was produced by a couple of missed tackles by rookie defensive backs on the Steelers’ part.

In comparison, Green’s impact of the game was decidedly minimal, and on first blush, it would seem that Cockrell does deserve a lot of the credit for that. He entered the starting lineup on a full-time basis in his second season with the Steelers after working primarily as the nickel back in 2015, though as an outside defender.

Following the victory, head coach Mike Tomlin confirmed in his post-game press conference that the former fourth-round draft pick did indeed spend much of the game following Green. When asked in a follow-up how Cockrell performed in that role, the 10-year head coach responded by saying, “you know, look at the stat line”.

It is a stark line when considering that he had 12 catches for 180 yards and a touchdown a week ago against what is supposed to be a pretty good secondary. It is, in fact, the worst stat line since at least his rookie season in any game in which he has played at least 60 percent of the snaps, whether due to injury or circumstances (i.e., the final regular season game with a playoff seed assured).

Of course, not all the credit goes to Cockrell for the collective defensive effort to limit Green, while not dismissing the fact that they also gave up over 300 yards combined to eight other targets on the day.

“He did a nice job”, Tomlin said, “but it wasn’t just him on A.J. Green. I don’t want to make it out to be something that it’s not. We liked the matchup because of the physical stature, but we still did a lot of things schematically to hopefully minimize his impact on the game”.

Cockrell was indeed lined up against Green more or less the entire time based on my preliminary review of the game, although it was not exclusively man coverage, of course. While he was in coverage for both receptions and drew a pass interference penalty, one was a soft reception at the end of the first half, and he also recorded a pass defensed.