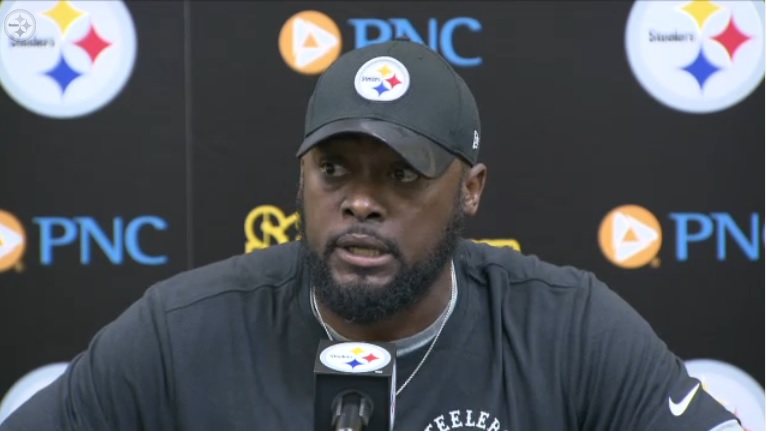 Mike Tomlin made his rationale clear.

When high draft picks you liked are available, go after them. That was the idea behind trading for Justin Gilbert, acquired Saturday for a 2018 6th round pick from the Cleveland Browns.

“His pedigree speaks for itself. He’s a guy we had a great deal of respect for when he came out of the draft. And anytime those young guys are potentially available to us, we’re open to pursuing them provided there is a need and an opportunity.”

You certainly could argue there was a need, especially with the hindsight of the Steelers souring on Doran Grant, released and now a member of the Buffalo Bills’ practice squad.

And there was no question the opportunity existed. Gilbert, the 8th overall pick of the 2014 draft, was a complete bust in Cleveland, falling out of favor last season and playing just 50 snaps on defense. It was clear Hue Jackson’s regime had little interest in trying to revive his career, though Gilbert did start all three of the Browns’ preseason games. He missed the finale with a concussion but has been cleared and practiced with the Steelers yesterday.

Tomlin called the move comparable to an addition they made last season.

“You can characterize his acquisition in addition to us the same way Ross Cockrell’s was a year ago. We liked Ross when he came out of Duke. He was a long corner with big time coverage skills. He became available to us really in the same timeframe Justin become available to use. We were able to infuse Ross into our environment and get him up to speed. And he’s been a very productive player for us.”

The circumstances, of course, are slightly different. Ross Cockrell was signed without compensation, cut by the Bills. And he doesn’t carry the off-field baggage Gilbert does. But to that point, Tomlin wasn’t concerned with that history.

“We don’t care what happened in Cleveland, to be quite honest with you. We’re not asking a bunch of questions in that regard. We simply acquiring a young corner that another team didn’t want or need and putting him in our environment. And starting the process of going to work on a day-to-day basis and see where that leads us.”

A new environment, a better scheme. But it will still squarely be on Gilbert’s shoulders if he wants to turn his career around and make an impact in the league.