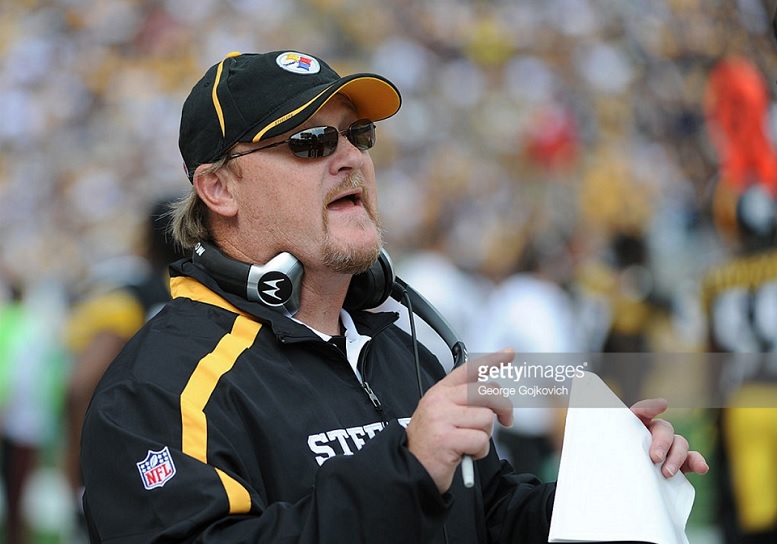 Even though I was a bit surprised to see the Pittsburgh Steelers claim quarterback Zach Mettenberger off of waivers from the San Diego Chargers on Wednesday, in the grand scheme of things, I probably shouldn’t have been. After all, being as it’s more than obvious now that veteran quarterback Bruce Gradkowski was going to miss extensive time with his hamstring injury and combined with the fact that Landry Jones will be an unrestricted free agent after the 2016 season, and that Bryn Renner is just a body with an arm, it made sense for the team to add Mettenberger to the quarterback room for the 2016 season.

Mettenberger’s career so far in the NFL hasn’t been too eventful as he’s 0-10 as a starter with just 12 touchdowns and 14 interceptions in 345 total pass attempts. He’s also already been sacked a total of 31 times for a percentage of 8.1, which probably even makes Steelers starting quarterback Ben Roethlisberger wince a little bit.

When he was drafted in the sixth round of the 2014 NFL Draft by the Tennessee Titans out of LSU, Mettenberger’s first two seasons in the league were spent with Ken Whisenhunt, who just so happened to be the Steelers offensive coordinator during Roethlisberger’s first three years in the league. Additionally, John McNulty was Mettenberger’s position coach during his first two seasons in the league as he had followed Whisenhunt to Tennessee from the Arizona Cardinals where he had held the same job title for the last two of the five years with their organization.

When the Chargers claimed Mettenberger off of waivers from the Titans earlier this year, the quarterback was reunited with Whisenhunt and McNulty once again with the former being the team’s offensive coordinator and the latter now coaching tight ends. Metternberger’s position coach for the last several months has been Shane Steichen, a former collegiate quarterback who had spent the last two seasons as the team’s offensive quality control coach, working primarily with the Chargers wide receivers.

Regardless of what you think about Whisenhunt, McNulty and Steichen, I’m sure that none of you will label any of the three as being quarterback whisperers, so to speak. Sure, Whisenhunt was Roethlisberger’s original offensive coordinator in Pittsburgh, but it’s worth noting that he has never specifically coached the quarterback position during his NFL career. In case you may have forgotten, Mark Whipple was Roethlisberger’s original position coach prior to former NFL quarterback Ken Anderson taking over the job and Randy Fichtner then succeeded him in 2010.

As many of you longtime readers probably know by now, I am a huge fan of Fichtner, who had a ton of previous experience coaching quarterbacks prior to him joining the Steelers. While he originally entered the NFL coaching ranks in 2007 as the Steelers tight ends coach, Fichtner had previously coached quarterbacks at the collegiate level at both Memphis and Arkansas State in addition to being an offensive coordinator. Is he a “quarterback whisperer?” I’m not ready to say that he is, but he certainly hasn’t hurt Roethlisberger’s career so far while coaching him and while Jones certainly won’t be going to the Pro Bowl anytime in the near future, he has made incremental improvements since he was drafted in 2013 under the tutelage of Fichtner.

While Mettenberger hopefully won’t ever need to dress for a Steelers game during the 2016 season, at least he already has NFL game experience should he ultimately have to see the field due to injuries. In the meantime, however, he’ll likely be asked to run the Steelers scout team offense for a full year and thus be able to work with Fichtner, Roethlisberger and offensive coordinator Todd Haley in the process. Whether or not Mettenberger can eventually be Roethlisberger’s backup past the 2016 season probably won’t be known until next year during the preseason and let it be known that Fichtner certainly has his work cut out for him when it comes to getting him to that point.

In summation, the addition of Mettenberger on Wednesday was a low-risk, high-reward move and it certainly doesn’t prevent the Steelers from drafting another quarterback in 2017 regardless of whether or not Jones moves on to another team via free agency. Should Fichtner ultimately be unable to fix Mettenberger by the time the team needs to make their final roster cuts one full year from now, the Steelers can either just keep him to be their No. 3 quarterback for one more season at a very cheap pay rate, or just waive him outright. If, however, Mettenberger makes progress under Fichtner during this next calendar year, and if Jones ultimately moves on after the 2016 season is over, then the Steelers will at least have an experienced backup for Roethlisberger in 2017 and maybe even for the rest of his playing career.

Should Fichtner wind up being able to turn Mettenberger into a reliable backup signal caller, then he certainly would deserve to be called a “quarterback whisperer” at that point. It’s time to see if Randy can make Mettenberger dandy in Pittsburgh.