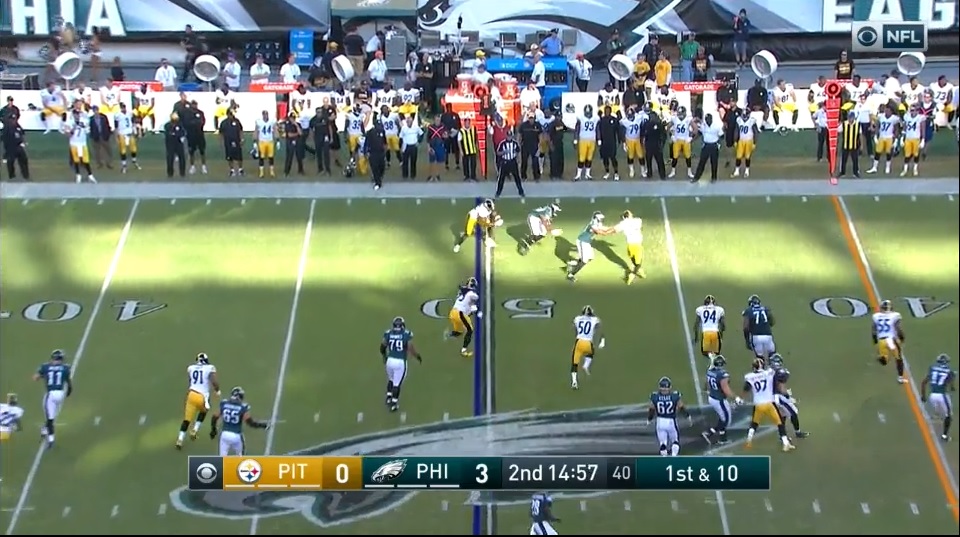 Sunday’s game in Philadelphia against the Eagles was ugly to say the least. Almost as ugly as the final score itself was the attempted tackling in the 34-3 loss.

Like I do every week, I’ll keep track of missed tackles in the game, as well as overall on the season.  So far through three weeks, the Steelers have missed 40 tackles.

This week’s breakdown won’t be pretty.

Again, the numbers above aren’t pretty any way you try to spin it, especially for the young defensive backs in Sean Davis and Artie Burns, who are first and second in missed tackles overall for the Steelers through three weeks.

While one can be pleased that Mike Tomlin and the defensive coaching staff are putting a lot of trust into the young rookies, it’s very concerning to see Burns and Davis repeatedly missing tackles early on this season.

While Davis missed five tackles in Week One against the Washington Redskins, Burns followed up with four missed tackles this week against the Eagles.

The issue with Burns’ missed tackles — outside of the disastrous effort on Darren Sproles’ long touchdown early in the third quarter — is the fact that they’re coming on plays where he’s attacking downhill on short throws.

In the GIF above, you can see the quick bubble screen coming at the snap from Carson Wentz to Josh Huff, who lines up in the left slot. Following the snap, Artie Burns, who is lined up as the boundary corner on the play, does a good job of reacting quickly to the bubble screen, giving himself a free run at Huff at the line of scrimmage.

From there, things fall apart for Burns, who doesn’t break down to make the tackle whatsoever in the open field, allowing Huff to spin off the tackle attempt and pick up the first down on a short throw.

Later on in the game, Burns does the same thing once again.

On the quick stop route by Dorial Green-Beckham, Wentz makes the throw in rhythm, allowing Green-Beckham to secure the catch and make the move up the field. Granted, Burns looks a bit clunky in his backpedal here, causing him to come up on DGB on the stop route a bit out of control. By doing that, Burns is completely off balance and just lunges at DGB’s ankles whiffing badly to allow another Philadelphia first down on a short throw.

It’s simply inexcusable in a game where the opposing offense is designed around short, rhythmic throws to get a young quarterback going. The Steelers’ defense is designed to give room, allow the underneath catch before then tackling the catch immediately. That’s just not happening this season.

One last GIF for you and then we can officially “move on” to Kansas City.

Philadelphia had a ton of success getting off tackle against the Steelers on Sunday, largely due to the injuries to the linebacking corps. However, this touchdown by Barner was just a summation of the game for the Steelers as almost everything the Eagles ran was golden.

At the snap, Anthony Chickillo goes too far up the field, getting trapped out of the play by Eagles right tackle Lane Johnson, who opens up a big lane for Barner to hit off tackle.

From there, Vince Williams gets swallowed up by Brandon Brooks, while Jason Kelce erases Ryan Shazier out of the play late. The main issue here on this play is the overpursuit by Cameron Heyward as Mike Mitchell simply takes a poor angle to the ball, allowing Barner to cut back for the easy touchdown.

Although neither Heyward nor Mitchell got a hand on Barner, I still count this as a missed tackle for each due to the overpursuit and the poor angle.

Overall, the missed tackles are getting worse for the Steelers defense. It could be a long Sunday evening against the Chiefs, who employ a similar offensive system to Philadelphia.