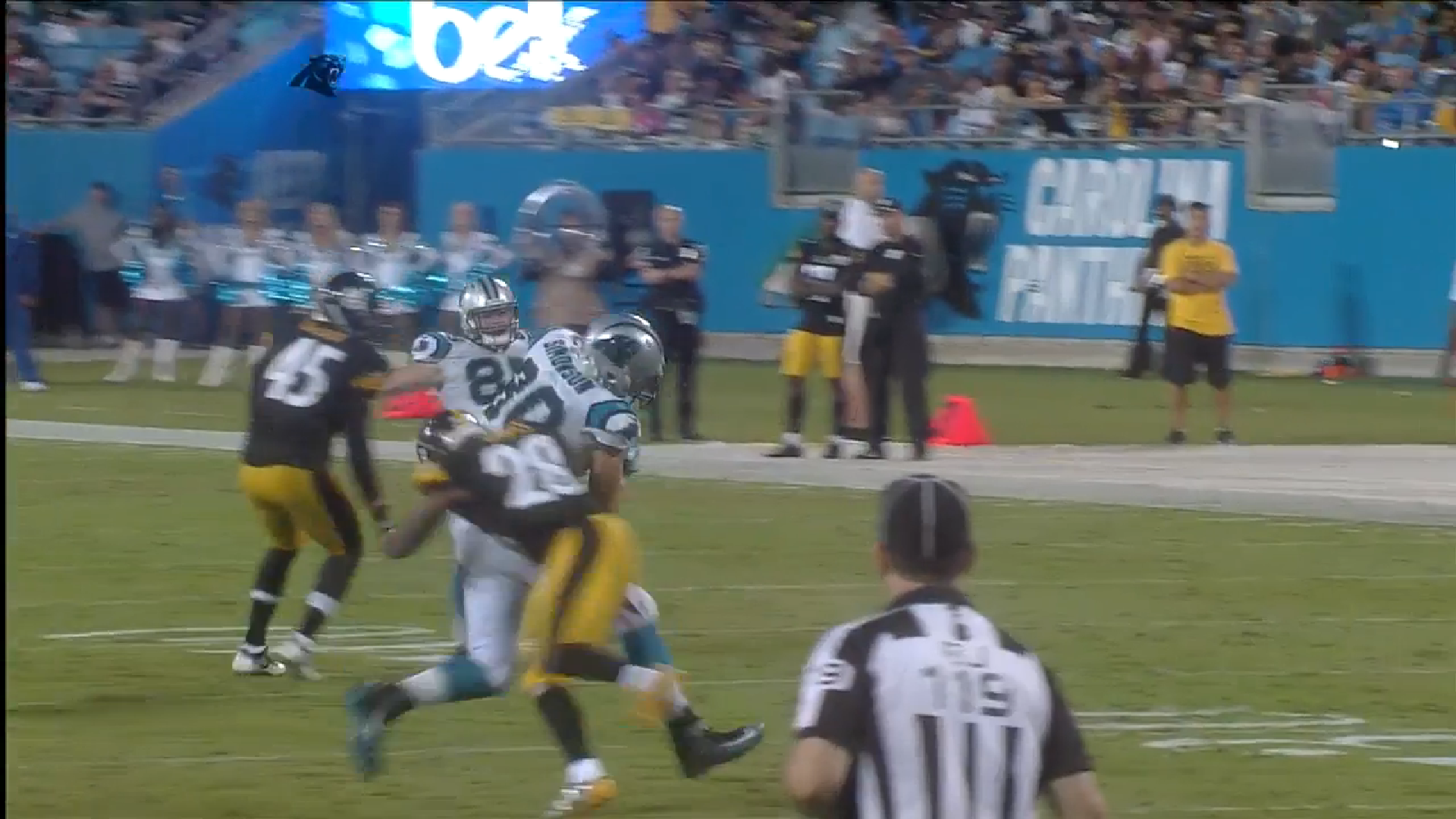 As much as the majority of football fans might groan through most of the preseason, and the final preseason game in particular, observers such as ourselves have come to appreciate it for the evaluative value that it brings to the table. The Pittsburgh Steelers’ final preseason game certainly had its share of worth.

Davis is of course acting as the team’s slot defender for the time being, perhaps for the entire season, in fact, but his long-term future is in the starting lineup at safety, so he has been getting plenty of reps at both positions.

I’m sure he needs the work, no doubt, but I also already see plenty that I like. He did a nice job of coming over the help out over the top on a pass into the end zone midway through the first quarter that helped to prevent a touchdown from being scored.

Toward the top of the second quarter, Davis actually came up into the box with Jordan Dangerfield playing deep, and he was lined up along the line of scrimmage by the time the ball was snapped. He came in on the run blitz and made the tackle from behind, though the play still picked up five yards.

Midway through the quarter, we have an example of Davis lining up over the slot, but doing so in his basic safety assignments, because the Steelers were lined up in their 3-4 defense. The Panthers lined their tight end up over the slot, so Davis came down to cover him, and did a fine job of it, though this particular assignment was not overly taxing.

A few plays later, he did get himself caught in the run game moving himself out of position. With the cornerback blitz on, it was Davis’ responsibility to keep outside contain, but instead he tried to get to the inside of the uncovered wide receiver. The back bounced the run outside for a 12-yard pickup.

Midway through the third quarter, with the rookie still in, he put a nasty hit on the tight end, whom he virtually knifed through, after a 12-yard reception. Those are the sort of clean hits that make players hesitate the second time around. Davis should be commented for showing great form on the play.

At the moment, however, the Steelers have to most value his versatility, because while they will need him in time at safety, where they most need him at the moment is in the slot. Still, I was pleased to get a good opportunity to view him on the back end before the regular season.