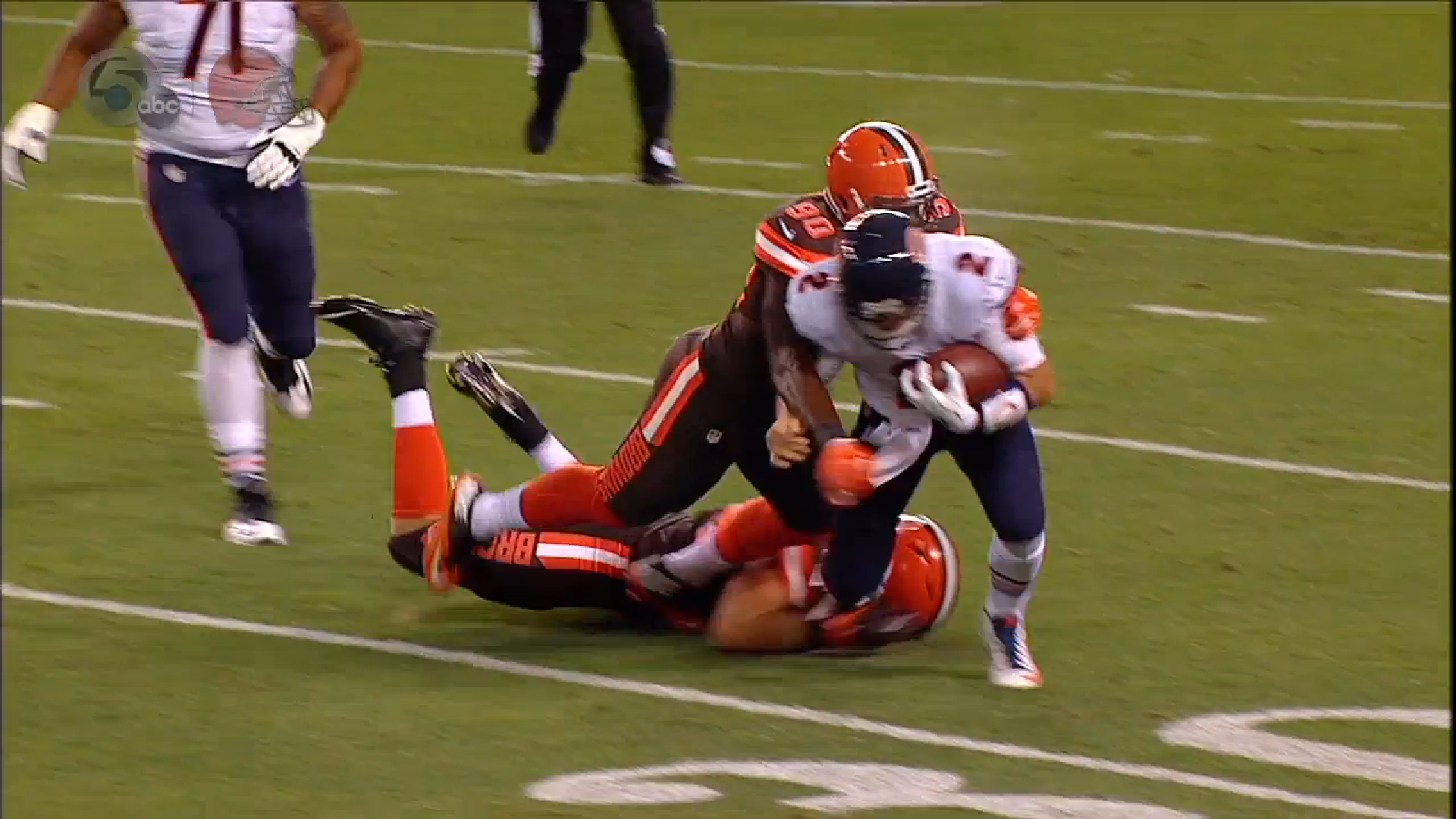 The Cleveland Browns are working with something like their 12th new regime or something of that sort since they returned to the league in 1999. This one is spearheaded by head coach Hue Jackson, and a large part of their hopes are tied to the success of a number of young defensive players, including, particularly, a pair of highly-drafted rookies.

Last night, in their final preseason game, they got their production out of their young players, some of whom will be expected to be major contributors, even starters on the defense. Second-round outside linebacker Emmanuel Ogbah is listed as a starter, and third-round defensive end Carl Nassib may end up being their top reserve, and eventual starter as well.

Though the Browns lost the game, there was a lot in the way of positives to take away from the performance of their young defensive players, and Ogbah and Nassib even shares a split sack during the game. Nassib also had a sack in each of his last two games, one of which forced a fumble. He deflected his second pass last night in as many games as well.

Fourth-round outside linebacker Joe Schobert also picked up a sack last night on a third-down situation that forced a punt. Fourth-rounder Derrick Kindred also saw plenty of time early in the game.

There is no doubt that the Browns’ defense is going to be filled with young players that will be have to be counted upon to contribute, most of them in ways that they have not been asked to prior to this season. But, of course, that is the nature of the game, and there is always a lot of turnover somewhere in the league. The Steelers have been fortunate to avoid too much turnover more than most.

The Browns are looking like they may only start two players who started the opening game last year, those being veteran cornerback Joe Haden and second-year nose tackle Danny Shelton. Xavier Cooper, a second-year defensive end, will start next to him, while John Hughes III is currently on the top of the depth chart on the other end.

The top of the crop, however, is looking like Nassib and Ogbah, both of whom are likely to see a lot of playing time this year. I would not be surprised at all if Nassib cracks the starting lineup at some point over the course of the season.