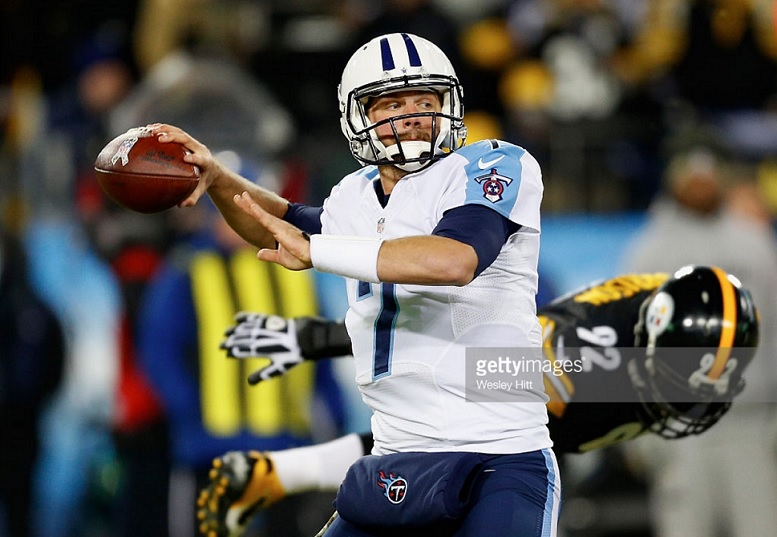 In a bit of a surprising bit of news yesterday, the Pittsburgh Steelers were awarded 2014 sixth-round quarterback Zach Mettenberger, a third-year LSU product in whom there was actually a lot of interest among some Steelers fans, both when he came out of the draft and whenever he became available.

The Steelers showed some interest in him coming out of college, but when he became available earlier, it doesn’t appear they put a waiver claim in for him. Circumstances have changed since then, however, and they have become desperate for a quarterback on the eve of the regular season in less than two weeks.

They are looking, of course, for a third quarterback, and no more, and in that regard, I would say that I’m a fan of the Mettenberger pickup. He would seem to be a better option than Bryn Renner, and certainly a much healthier and more reliable one than Bruce Gradkowski, whose recovery timeline from an apparently significant hamstring injury is unknown to the public.

Mettenberger is, to be clear, far from an accomplished player in this game, nor is he particularly polished when all things are considered. He has a career 60.3 percent completion percentage and has thrown 14 interceptions to only 12 touchdowns. Of course, he is also still a young player. He only turned 25 in July, and was thrust into starting time before he was ready.

This is all keeping the perspective that Mettenberger is being brought in, on a third-year rookie sixth-round-slotted contract. The Steelers didn’t have to give up anything to get him, and he is probably not going to see the field at any time this season, although he would have to dress if either quarterback in front of him gets injured.

In the grand scheme of things, however, this is not a significant move—or at least I don’t anticipate it to be. I certainly don’t expect Mettenberger to develop into Ben Roethlisberger’s eventual successor. I’m not even projecting him as the team’s future backup quarterback.

But keeping in mind the Steelers’ organizational imperative to carry three quarterbacks—a mission that injuries and lack of time were making it exceeding different for the Steelers to muster as we got closer and closer to the regular season—this move would seem to me to make a lot of sense.

He is obviously going to have to take some time to digest the offense, given that he is just coming into the system now, but if there should arise a situation in which he was somehow forced into action, they would obviously be able to prepare him with a game-plan to execute.

Another factor that shouldn’t be overlooked is that if Mettenberger ever actually has to play, he is going to be doing it behind the Steelers’ above average offensive line, with the likes of Le’Veon Bell and Antonio Brown as his supporting cast. That is certainly not what he had in Tennessee.