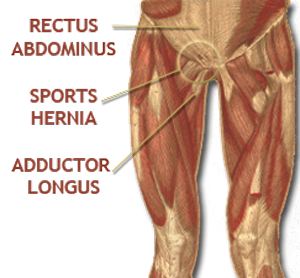 You could argue that the Pittsburgh Steelers are nearly in mid-season form in the injury department.  Yesterday, the Twitterverse was buzzing with news that linebacker Bud Dupree would be starting his second season a little late. Turns out that nagging groin injury that kept him out of all 4 preseason games wouldn’t get better, and the Steelers placed him on IR.

Ian Rapoport also implied in a follow-up tweet that Dupree would be seeing surgeon William Meyers in Philadelphia.  Ray Fittipaldo (Pittsburgh Post-Gazette) also confirmed via twitter that Dupree would be having surgery this week.  The likely conclusion is that the former 1st round draft pick has the dreaded and mysterious sport hernia.

If Dupree is designated as the player to return from IR, he cannot practice until week 6 and cannot play in a game until week 8.  So now the question is if he will be ready by then and what his condition will be.

What is a Sports Hernia?

Good question.  Most people, including doctors — other than the ones who treat them – have no clue.  First of all, it’s not actually a hernia.  A true hernia is a tear in the muscle which makes a hole that other tissues can poke through.  Hernias can occur in a lot of places in the body, but the most common locations are the groin and the umbilicus.  A sports hernia, originally known as Gilmore’s groin (after the London surgeon Jerry Gilmore who described it in 1980), is a tear of any soft tissue (muscle, tendon, or ligament) in the groin and is more correctly known as athletic pubalgia: pain in the groin in athletes.  But the term sports hernia is so catchy and much easier to say, so it’s not going away any time soon.

Before we get into the details of a sports hernia, let’s pause for a quick anatomy review of the groin.  There are several layers of muscle that make up the abdominal wall (often referred to as the core muscles) that insert on the hip and pubic bone.  Some of the thigh muscles, particularly the adductors, insert on the pubic bone as well. 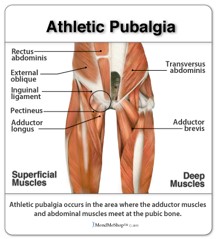 Just a quick glance at these illustrations shows why sports hernias are so complicated.  To simplify it, I’m going to steal from the AAOS (American Academy of Orthopaedic Surgeons): ” The soft tissues most frequently affected by sports hernia are the oblique muscles in the lower abdomen.  Especially vulnerable are the tendons that attach the oblique muscles to the pubic bone. In many cases of sports hernia, the tendons that attach the thigh muscles to the pubic bone (adductors) are also stretched or torn.” 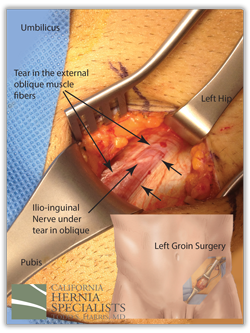 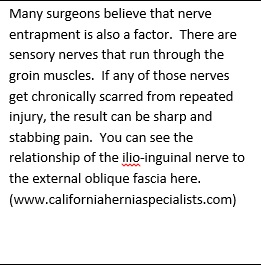 In an athlete with well-developed muscles, it isn’t hard to imagine how the adductor muscles can put force on the pubic bone that opposes the oblique muscles.  Now add a twisting motion or sudden change of direction, and the result is a soft tissue tear.  That, my friends, is a sports hernia.  Most commonly found in soccer (think of the leg swinging through a strong kicking motion while all of the body weight is on the other leg), hockey, and football players.

How is a Sports Hernia diagnosed?

I know what you really mean: why didn’t they figure out what was wrong with Bud and fix it sooner?  A sports hernia can be tough to diagnose and difficult to differentiate from a more typical muscle strain.  The most common scenario is an athlete with groin pain who doesn’t get better after resting the injury, which can take a few weeks at least.

From the Journal of Orthopaedic and Sports Physical Therapy:

The diagnosis of a sports hernia should be considered in athletes presenting with groin pain that exhibits a cluster of 5 objective signs and symptoms: complaints of deep groin/ lower abdominal pain, pain that is exacerbated with sport-specific activities and relieved with rest, palpable tenderness over the pubic ramus, pain with resisted hip adduction, and pain with a resisted sit-up.

Unlike a true hernia, no bulge will be palpable on physical exam.  The patient must go through a dynamic exam, flexing the rectus muscles with a sit-up and flexing the oblique muscles against resistance.  The patient will likely have pain on palpation over the pubic bone in the medial groin.  Pain with external rotation of the leg while flexed at the hip and knee (frog-leg) is also common.

MRI is the most accurate xray test for making a diagnosis of a sports hernia, as it is more likely to show soft tissue tears than plain xray, ultrasound or CT scan.  Here is an example courtesy of Adam Zoga, MD (www.healio.com): 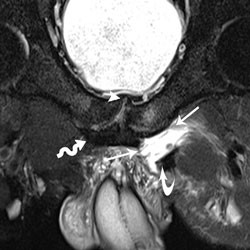 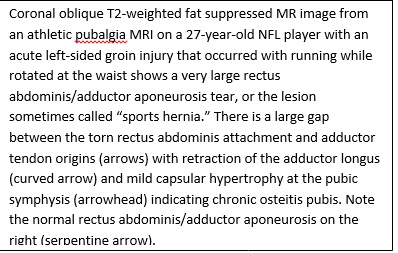 Here’s where Bud lost a little more time.  Not all sports hernias require surgery, so the first line of treatment is rest from exercise, with a trial of rehab.  Here is one algorithm for managing the timeline (www.jospt.org): 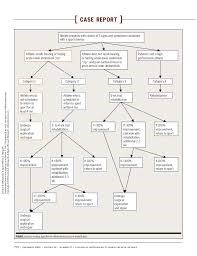 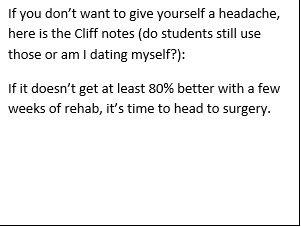 OK, so we’re off to see the surgeon.  For most NFL players, that means a trip to Philadelphia to see Dr. William Meyers.  He developed an interest in hernias while spending time in an anatomy lab many years ago and also knows a bit about sports…he gave up a shot to play professional soccer in order to begin medical school.  His list of NFL player patients includes Adrian Peterson, Arian Foster, Marshawn Lynch, Jadeveon Clowney, Matt Birk, and Donovan McNabb (who famously sustained the injury trying to tackle the player who intercepted him…ouch) to name a few.

Dr. Meyers published the largest reported series of patients with athletic pubalgia in the Annals of Surgery in 2008 – 8490 patients and 5460 operations – over 20 years.  He claims that 95.3% of his athlete patients return to sport by 3 months and that the remaining patients usually struggle due to associated injuries, not the sports hernia.  The challenge in evaluating his conclusions, of course, is that he doesn’t reveal his actual surgical technique (ever) but does state that it varies depending on the operative findings (what type of tear) and has evolved over the years.

All we know is that he repairs the muscle with suture but not a manmade patch (which is routinely used in typical hernia repairs) and sometimes performs an adductor release.  Hard to imagine that a doctor this famous and well respected is worried about someone stealing business from him, but maybe he spent some time with Bill Belichick when Tom Brady sustained a sports hernia back in 2005.

There are a lot of sports hernia experts around the country and in Europe and no consensus on what the best operative technique is.  Some surgeons recommend a laparoscopic approach with tiny incisions and a telescope and placing a prosthetic mesh to allow the patient a faster recovery.  Others prefer to repair the muscle with sutures but reinforce the area with a mesh as well.  Still others will purposely cut one or all of the sensory nerves in the inguinal canal to prevent chronic pain from the nerves being trapped in scar tissue.

A report from “Outside the Lines” from a few years ago looked at German surgeon Ulrike Muschaweck, whose Minimal Repair Technique has athletes walking a mile the same day as surgery and back on the playing field in just a couple of weeks.

If you have 48 minutes to spare, you can check out Dr. David Treen, a well-known hernia expert in New Orleans who presents a thorough discussion of sports hernias and doesn’t hold back on how he really feels about Saints players flying to Philadelphia to see Dr. Meyers.

What is the recovery process and time frame from a Sports Hernia repair?

This, of course, is what Steelers fans really want and need to know.  It’s a given that Dupree can’t practice with the team until week 6, but it sure would be nice if he were doing his impression of James Harrison in the gym sooner than that, right?

The athlete’s recovery involves working closely with a physical therapist and a trainer.  Progression to increased activity depends on flexibility and discomfort.  A typical recovery program might include the following:

The whole process typically takes 5-8 weeks.  When Greg Jennings had his sports hernia surgery with Dr. Meyers, he was back for a regular season game 4 weeks later.  Jadeveon Clowney, an OLB like Dupree, had his surgery with Dr. Meyers the second week of June 2014 and made his rookie debut in the first preseason game approximately 7 weeks later.  I won’t even bother using Adrian Peterson as an example; he completed an MVP season with a sports hernia and had his surgery in February after the season was over…but we all know that he isn’t really human.

So chin up, Steelers fans.  There is every reason to be optimistic that LB Bud Dupree will be back on schedule and better than ever.