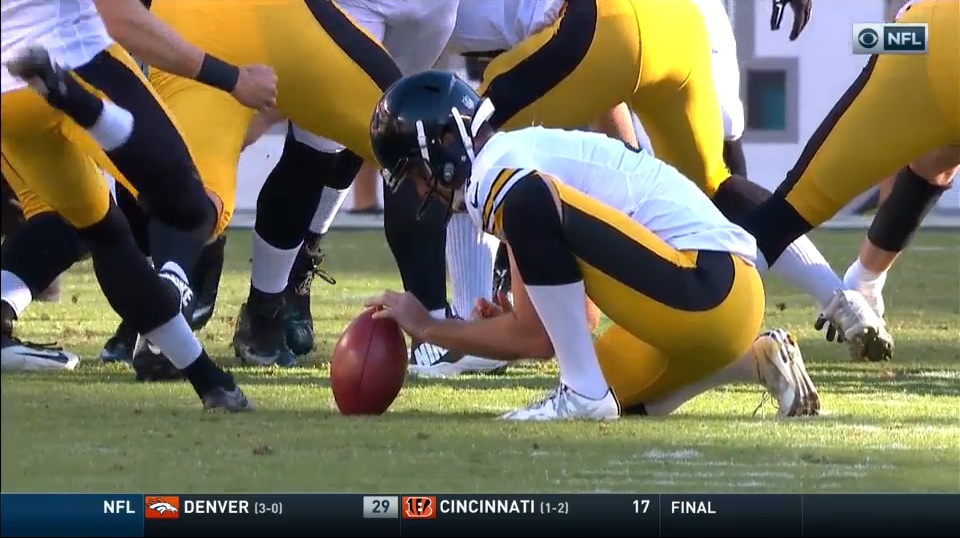 For the first time since 2011, the Pittsburgh Steelers had a field goal blocked. An ominous sign for one of the worst collective performances under Mike Tomlin.

“It was just a matter of a leverage play, they had better leverage than us and that’s something you have to correct immediately.”

As you’ll see in the screenshot below, David DeCastro ends up taking on Vinny Curry (#75) and Bennie Logan (#96) a tough spot to be in. Logan ultimately gets a hand on the football. 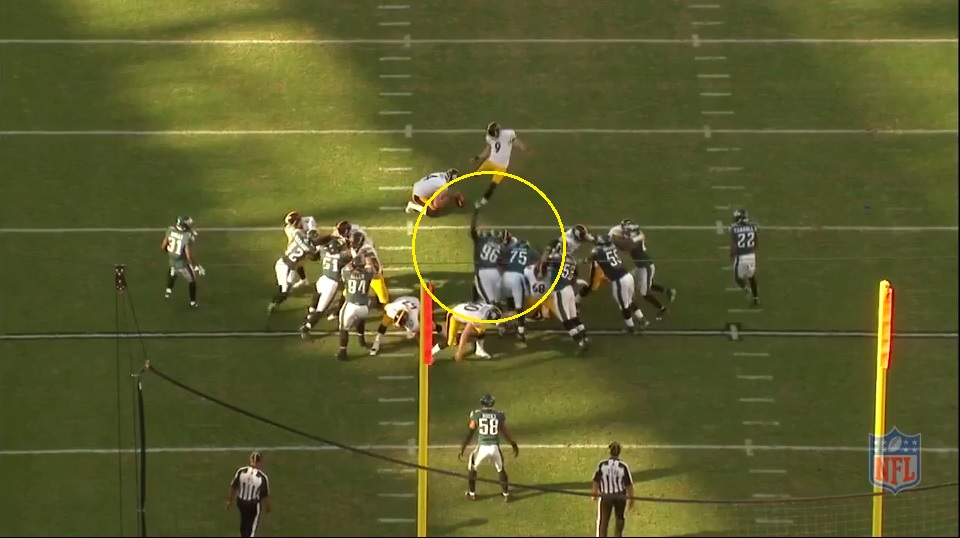 The Eagles overloaded that side by sending six to the left of Greg Warren though Smith didn’t comment on any other specific reason for the block other than the leverage issue. He did give credit to the group for correcting the mistakes on the next try, a 40 yard boot by Chris Boswell.

“We did [correct it] on the second attempt. The second field goal was a longer field goal. It actually comes out lower because it’s longer. And we were excellent. But you have to be excellent from the first one, not the second one.”

It was a costly play and one that, as players tell it, gave the Eagles early momentum they’d ride out for the rest of the game.

After the block, the Eagles would march down the field to connect with a successful field goal, a 29 yard mark by Caleb Sturgis to take a 3-0 lead, one they’d hold onto the rest of the game.

For as long as he’s been in the game, Smith realizes there are no such things as a “gimmie” field goal. That there are too many moving pieces that have to work correctly in 1-1.5 seconds. And when that doesn’t happen, things like blocked field goals happen.

It kills me when people talk about chip shots, chip shots. There ain’t no chip shots because it’s an operation…it’s complex.”