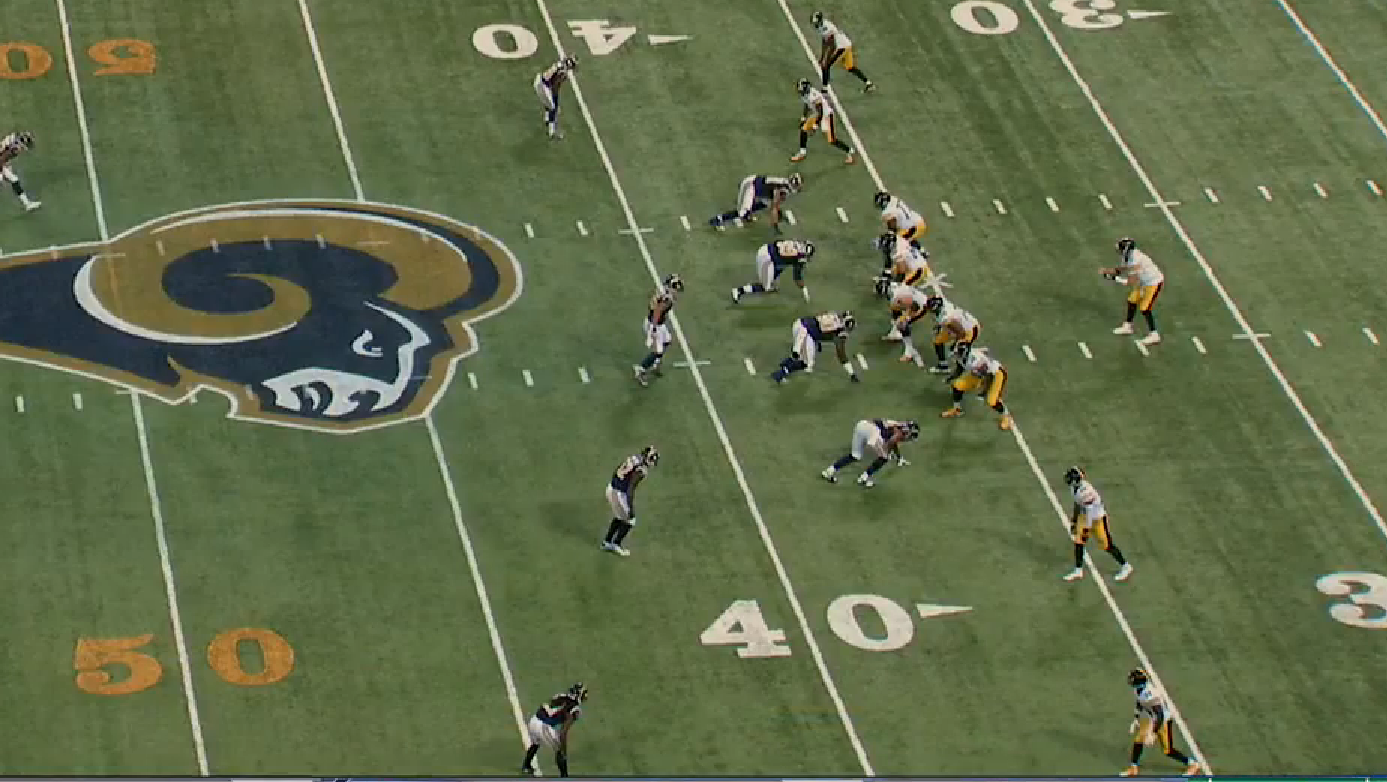 Question: Will the Steelers actively use Le’Veon Bell a significant amount as a wide receiver on Sunday?

There has not been a lot of evidence to work with, but something that I noticed beginning with last season was that the Steelers seemed to want to use running back Le’Veon Bell not just as a pass-catcher, but as an actual wide receiver—by alignment—in their ideal offense, with Ben Roethlisberger under center.

Of course, the two stars were hardly on the field together last year. They only started two games together. In the first game, Roethlisberger left injured in the season half. In the game in which Roethlisberger returned, Bell suffered a season-ending knee injury in the first half.

But the charting numbers from that first game, a bit from the second game, and from the Steelers’ third preseason game, all seem to indicate that this was what they were hoping to do last year, and so I would see no reason, other than a sense of caution in the early stages, why they would not continue to do this.

They even used DeAngelo Williams a reasonable amount in this role, though not nearly as much as it seemed that they were hoping to utilize Bell in that role. I have not done the charting yet for the Eagles game, but Williams’ usage as a wide receiver is probably not indicative of what they would like to get out of Bell.

Exacerbating the issue is the fact that their slot receiver, Eli Rogers, sounds likely to be out with a toe injury, and Markus Wheaton, just returning from a shoulder injury, did not at all seem to be himself on Sunday.

The versatility of a player like Bell allows the offense to exploit defenses based on their personnel. If they present a run-heavy defensive personnel look, they can simply empty the backfield and send Bell out, either to the slot or out wide.

That doesn’t mean, despite Mike Tomlin’s comments that they are not going to limit him, that he will be fully up to speed, or that they will be able to use him as they hope to right away. And, of course, it also depends on how the wide receivers are performing—Rogers was out last year and Martavis Bryant was suspended, while Sammie Coates was still a non-factor—so that is another point to keep in mind.