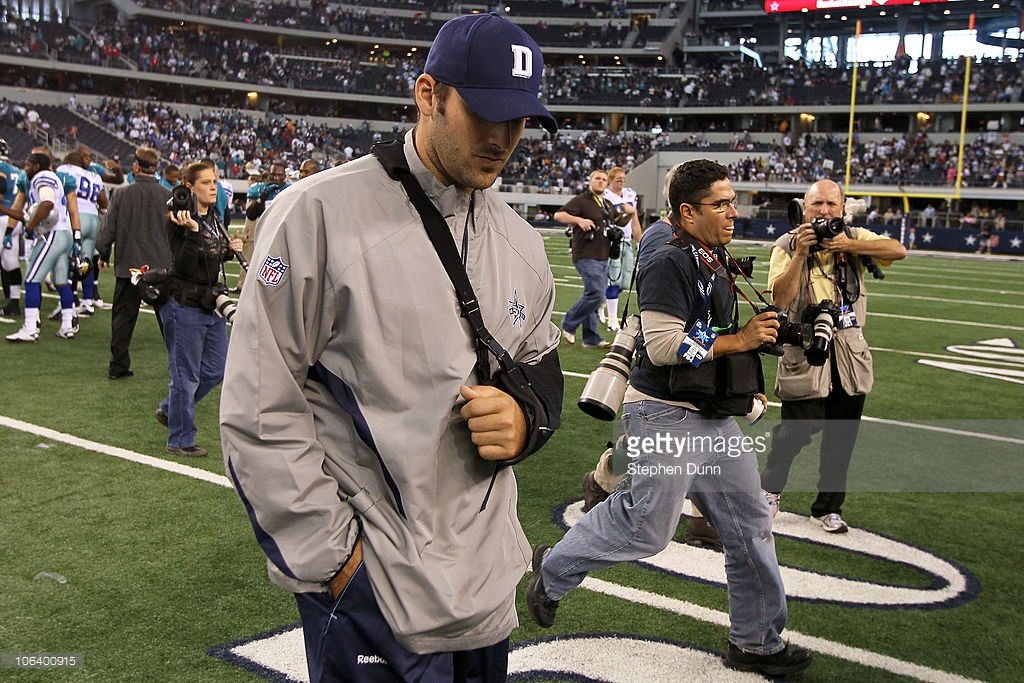 The Dallas Cowboys thought they were in the clear after Tony Romo left the third preseason game with a back injury. But today, Jason Garrett informed the media an MRI revealed a broken bone in his back and is expected to miss 6-10 weeks.

Jason Garrett: Tony Romo had an MRI on Friday, and he has a broken bone in his back.

The Cowboys discovered a fractured verterbae in Tony Romo's back. Expected to miss 6-10 weeks. Wow

The Pittsburgh Steelers and Dallas Cowboys meet on Week 10, November 13th. That’s 78 days from today, a little more than ten weeks away, the high side of the timetable. That would seemingly put him on track for the Steelers game but Romo is 36 with a history of back issues, complicating his timetable.

In the meantime, it appears the Cowboys will turn to rookie Dak Prescott while Romo is out. Prescott has had a stellar preseason but it’s a far cry from what he’ll be asked to do on a weekly basis in the regular season.