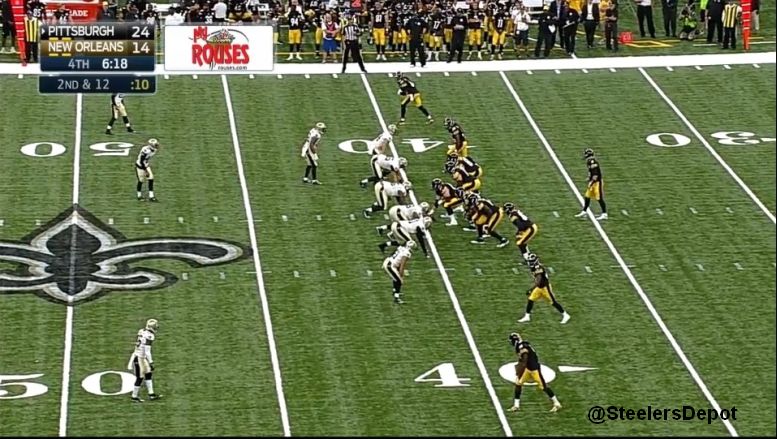 Just one quarterback takedown from the preseason victory over the New Orleans Saints.

1. 2nd and 12, 6:18 4th: 11 personnel (empty set). Five block versus a six man rush. Pittsburgh Steelers in empty, probably unfamiliar ground for the new QB Brynn Renner, attempting his first and only dropback of the game.

The Steelers are in a full slide against the five man pressure look from the Saints.

That means every linemen slides down, responsible for the man to their right. That’s all the line can pick up, just those five and no one else. So, as a quarterback, if anyone else blitzes, the ball needs to come out hot. Aka, immediately.

When the Saints bring their nickel corner, #21, there is no one left to pick him up. Meaning Renner has to get rid of the ball immediately to one of his underneath routes, the ball coming out hot. 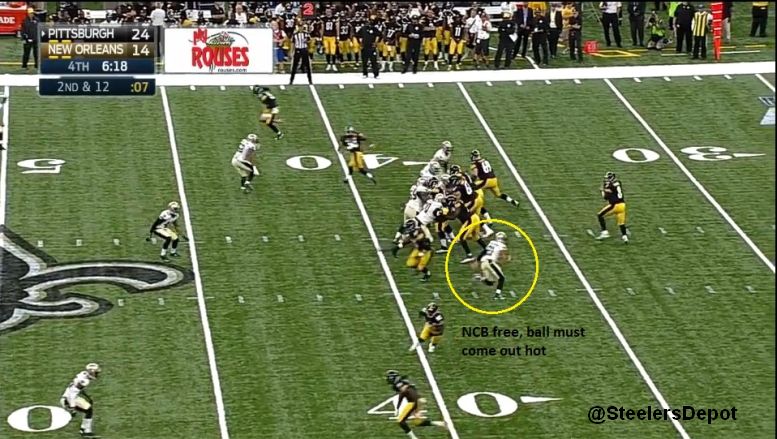 You could argue Paul Lang, seeing the corner come, needed to get his head around immediately. But check out this screengrab showing the moment Lang broke his route and turned his head. There’s still time for Renner to stand tall and make an attempt to get this ball out. 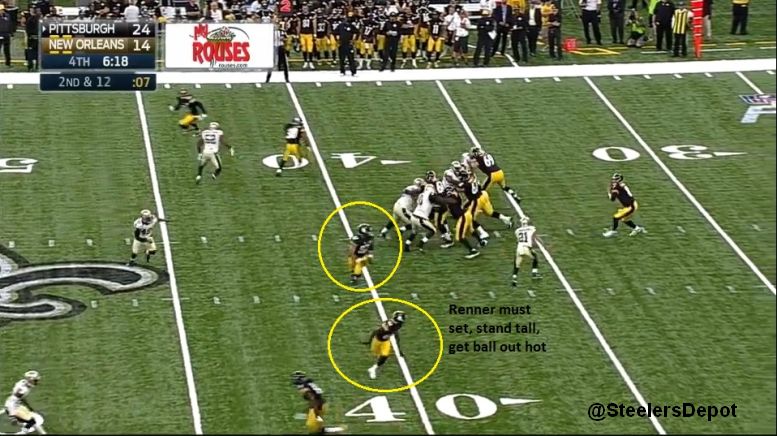 Instead, Renner loses his base and tries to skirt away to his left. But by bailing early, without a pump fake in the hopes the DB will jump and create a lane, and not exactly being fleet of foot, he’s brought down in short order. 2nd and 12 to third and forever. 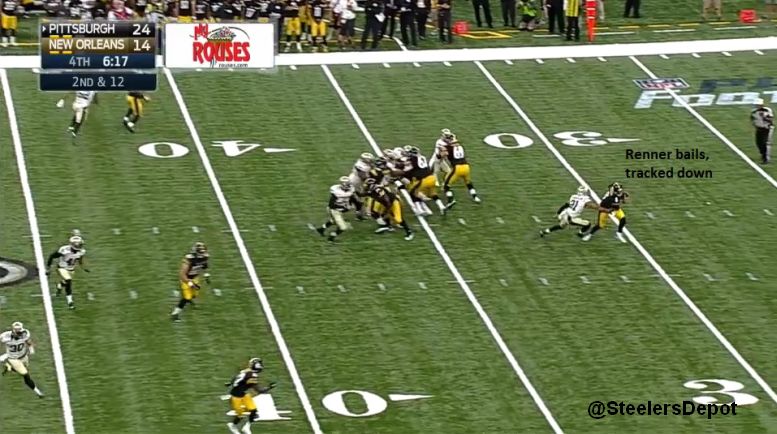 It’s easy for me to quickly assign blame not looking down the barrel of a defender on a team you just joined but still, the blame falls on the quarterback here. This is a good example of someone thinking that the offensive line blew an assignment because someone came in scot free. But this was the quarterback’s read and decision. And Renner missed on his first true test.