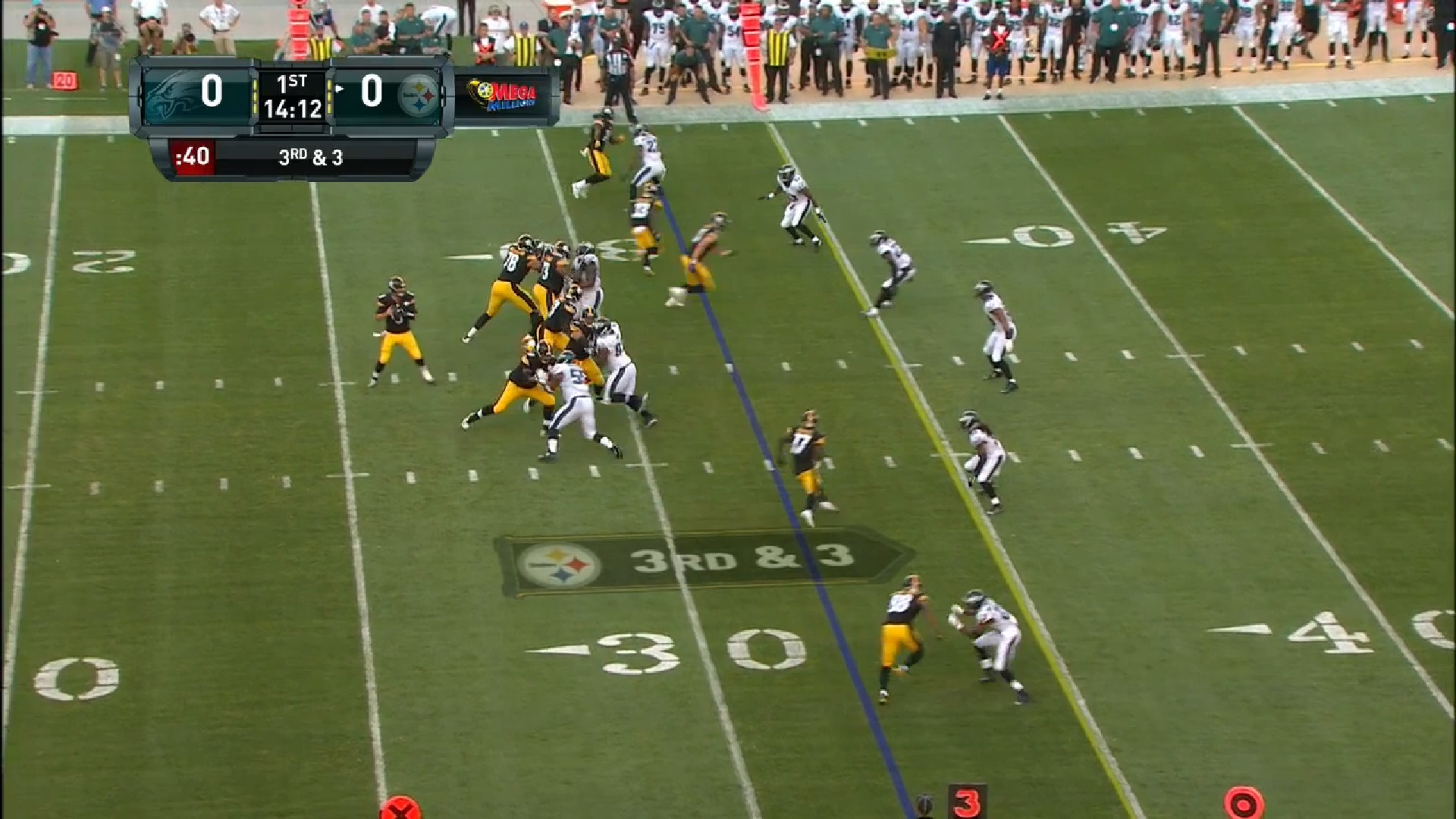 This may not come as much of a shock, but when it came to the offensive side of the ball on Thursday night against the Eagles, the Pittsburgh Steelers—without their top quarterback, top two wide receivers, top two running backs, and top tight end—relied heavily upon three-wide-receiver sets, accounting for 45* of their 64 offensive plays, or over 70 percent of the time.

The Steelers, however, actually had roughly the same percentage of run plays versus pass plays in comparison to their first preseason game, during which they entered the second half with the lead, so based on that—and, really, what we have already known—it is obvious that the team intends to execute predominantly out of the 11 personnel.

What is also interesting, and also perhaps not very surprising, is the fact that the Steelers have only been running two wide receivers out of the 11 personnel as the third wide receiver, during which they are, the vast majority of time, aligned in the slot.

It goes without saying that those two wide receivers are second-year Eli Rogers and rookie Demarcus Ayers. Aside from one snap, Rogers ran with the offense in the first half, and Ayers took over with the ‘second-team’ offense during the second half of the game, outside of one play in the first half in which he filled in for Rogers.

Though that has been the script thus far, it will be interesting to see how the offense looks out of the 11 personnel in the third preseason game, during which I would anticipate that key personnel will be participating, most notably Antonio Brown and especially Markus Wheaton.

Much of the offseason has been monitored working under the assumption that the Steelers’ top three wide receivers will wind up being Brown and Wheaton as starters, with Wheaton kicking inside to the slot either for Sammie Coates or Darrius Heyward-Bey with three receivers on the field.

I will be very interested in monitoring who the third receiver on the field is while the first-team offense is on the field—likely a role that will be rotated throughout the game—and especially who is the first to come out.

In particular, I am interested in seeing how often Wheaton is worked out of the slot, and how much he and Rogers might spend on the field at the same time, as it could be pretty telling of their designs for the regular season.

*There was one snap in which the Steelers had 10 men on the field. The personnel was two wide receivers, a tight end, and a running back, but I work under the assumption that the missing position was a third wide receiver.