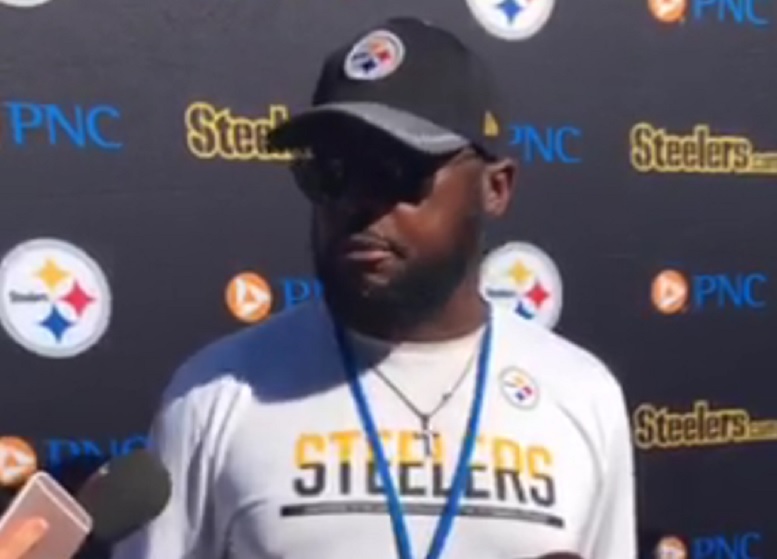 The Pittsburgh Steelers have now wrapped up their Saturday training camp practice and head coach Mike Tomlin decided not to put his team in pads today after practicing Friday night at Latrobe Memorial Stadium. As far as injuries go, the team appears to have escaped the Saturday session without anything major happening.

“No new real significant news on the injury front,” said Tomlin after practice. “You guys saw Landry [Jones] participated partially today, so he’s moving back toward us as are the other guys with the bumps and bruises associated with this time of year.”

Tomlin said guard Ramon Foster was given Saturday off and it appears as though linebacker James Harrison was also given the day off even though the head coach wasn’t really sure whether or not that was the case.

“I got a lot more guys to worry about than James,” Tomlin said.

Cornerback Artie Burns was apparently able to get some work in on Saturday after missing some time recently with a quad strain. Linebacker Ryan Shazier reportedly was able to go through drills on Saturday.