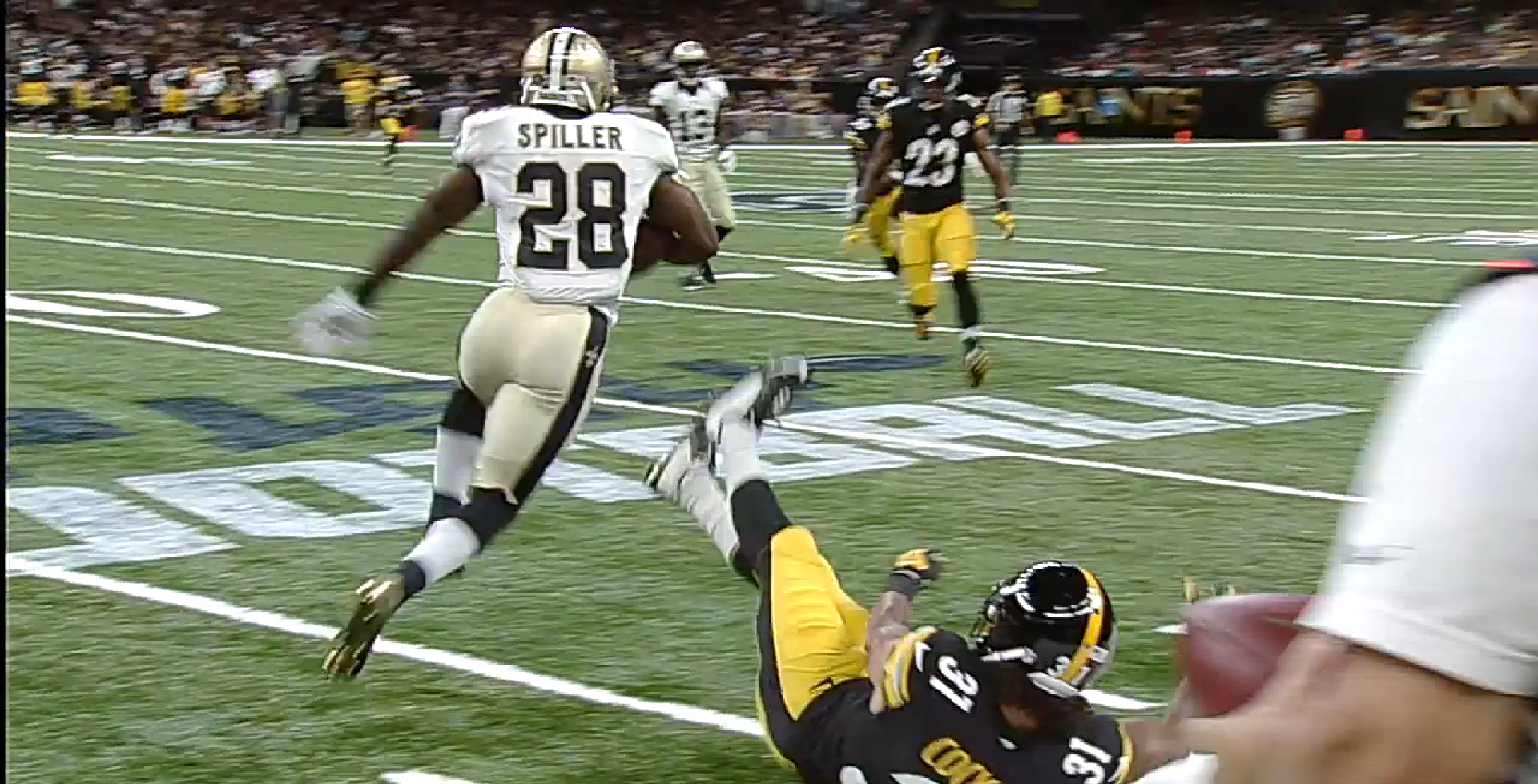 One of the major topics over the course of this offseason—and really, one of the critical issues facing the team this year—has been the development of Pittsburgh Steelers third-year cornerback Ross Cockrell, who is expected to enter the starting lineup this year after playing extensively during large stretches of the 2015 season in the nickel defense.

The main area that many have focused on has been his strength and physicality. Cockrell has a lean frame and even out of college was followed with a reputation for being on the less physical end of the spectrum, which is not of the standard profile for the Steelers in their starting cornerbacks.

Cockrell himself saw this deficiency and said that he put on muscle over the course of the offseason, but the proof will be in the pudding. While there has been some progress, there were a number of examples against the Saints that still raise concern about his ability to play physically, particularly when it comes to playing the run, as a starter.

The highlight, or rather the lowlight, of this came on the Steelers’ first defensive play of the game, when the Saints swung a pass out to the flat for C.J. Spiller. The slender back quite simply made Cockrell look bad, with a stiff-arm move sending him spilling to the ground without much of a fight.

the prototype of the Steelers cornerback also fits the profile of a player who seeks contact, or at least doesn’t shy away from it, and Cockrell, for the most part, tends to do just that—the latter, shying away, that is. A typical example of him passing up an opportunity for contact, albeit perhaps an unnecessary one, came on the first play of the second quarter.

later on in the quarter, the Saints pulled the right tackle around the right edge toward Cockrell’s side of the field. Instead of engaging the lineman at all, he slid to his outside in the hopes of perhaps grabbing an ankle of the back. I showed an example from the last game of Montell Garner engaging with a lineman lined up as a fullback; it’s part of their job to at least engage and occupy the blocker. His sliding effort had a minimal chance of yielding a positive play.

He followed up that play with a blitz on the next snap in which he showed a poor finishing instinct, as the quarterback easily sidestepped him with minute effort and nearly completed what probably should have been a 30-plus-yard pass play.

Finally, late in the half, on a running back screen in which the Steelers forced a fumble and Cockrell nearly recovered it, the reason that he was in position to even make the recovery attempt is because he was easily engaged, being blocked deep down the field by the play-side wide receiver.

Put simply, Cockrell just does not possess the ideal sort of physicality that fits the standard Steelers profile, but for now, he is still their best option in most other regards to start. This league has no shortage of non-physical cornerbacks, if truth be told.