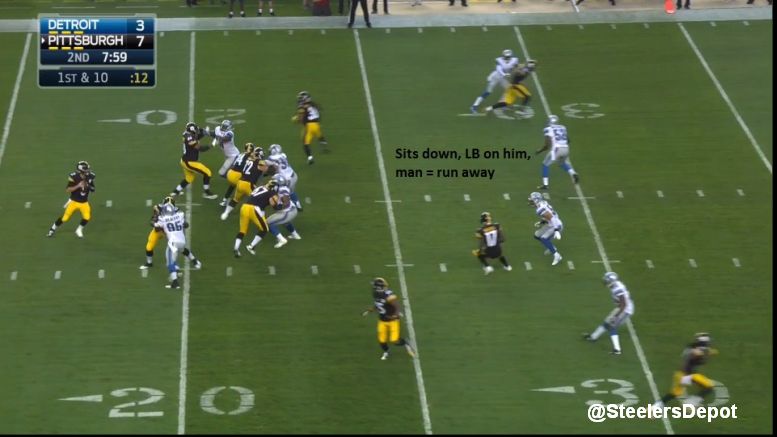 One of the stars and steady players of camp, Eli Rogers finally got to play in his first NFL game last Friday. It only took two years and a busted foot but the results were encouraging and very similar to what he showed in camp leading up to his debut.

I want to quickly break down the two catches he had and how both showed his football IQ and ability to get open. The best receiver isn’t a big or fast one. It’s simply an open one. And Rogers does that really well.

The first comes early in the 1st quarter. Rogers in motioned into a trips bunch set. He basically has an option route with two choices – run an arrow route to the sideline or an angle route cutting across the middle. This is based on the flat defender’s leverage. If he takes away the inside, run the arrow outside. If he plays outside, run the angle inside. 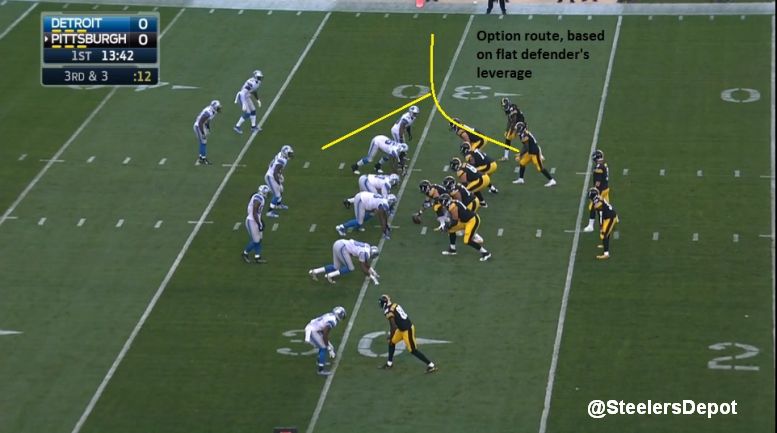 Watch the DB’s leverage and tell me what you think Rogers should/will do. 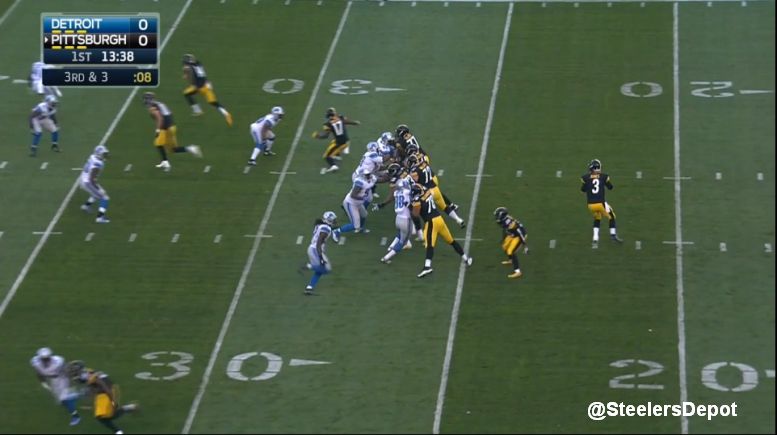 He’s playing outside so Rogers should run the inside angle route. And that’s what he does. But he sets it up so well, turning his shoulders outside to sell the route like he’s running the arrow. This will keep the DB on his outside leverage and allow maximum separation when Rogers cuts across his face. 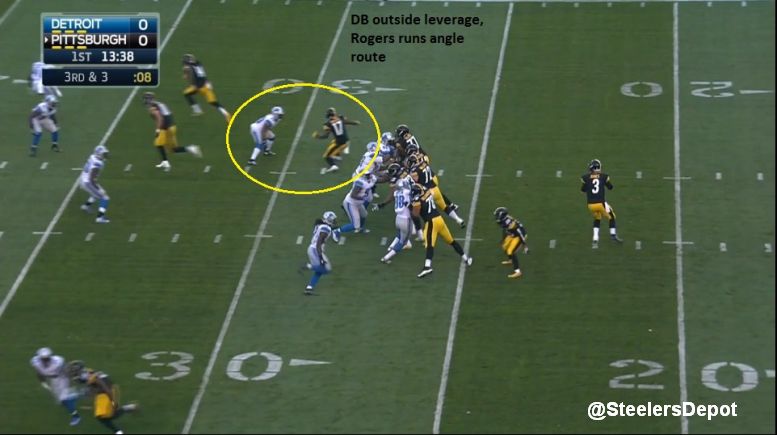 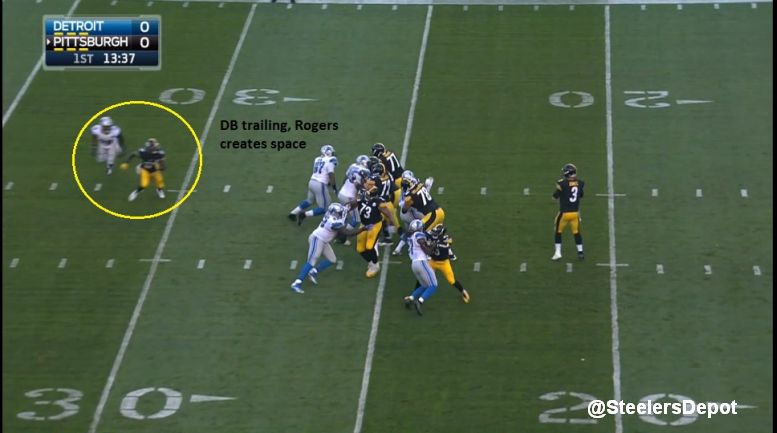 Landry Jones hits him for a short gain. It would’ve moved the sticks had a penalty not negated the play.

The next came in the second quarter. Rogers is in the slot and is going to try to sit down in the middle of the field on a “Hank” concept, curl/flats mirrored to each side with one player sitting down over the middle. Here it is from the Dallas Cowboys’ playbook when Todd Haley served as the passing game coordinator.

And Rogers is running the Hank. 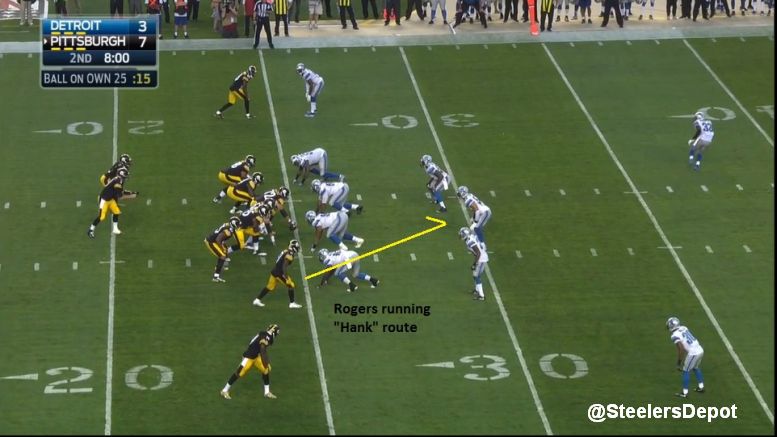 He starts to settle down between the hashes but the MIKE linebacker is over top of him in his zone drop, functioning as man coverage. Man and zone rules at its core are simple. Sit down vs zone, run away against man. So Rogers, draped by the MIKE, runs away and “finds grass,” a soft spot in the defense. 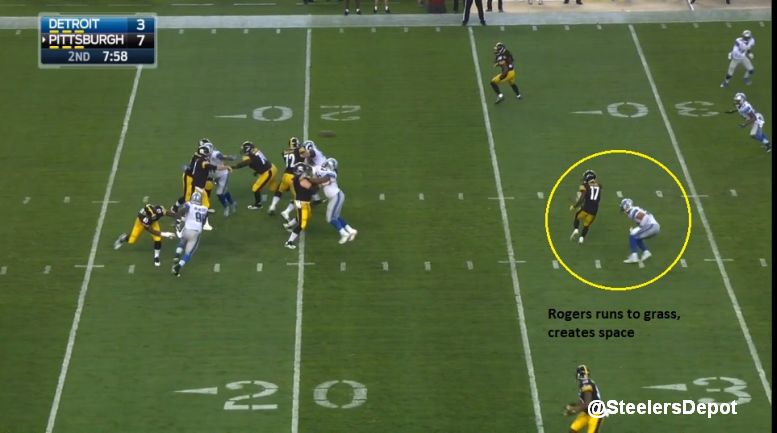 Also have to like Rogers quick decision to plant and get upfield for all the yards he could.

The only negative? A little lax securing the football on the way to the ground. 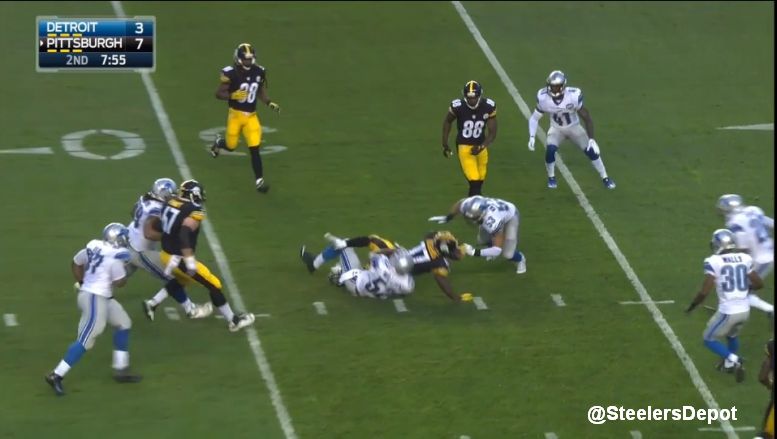 Despite the limited snaps and scant box score production, Rogers had an impressive day. His ability to get open, the nuances in his route, makes him an ideal slot receiver and you can see why Haley has called him one of the best slot receivers he’s ever coached.