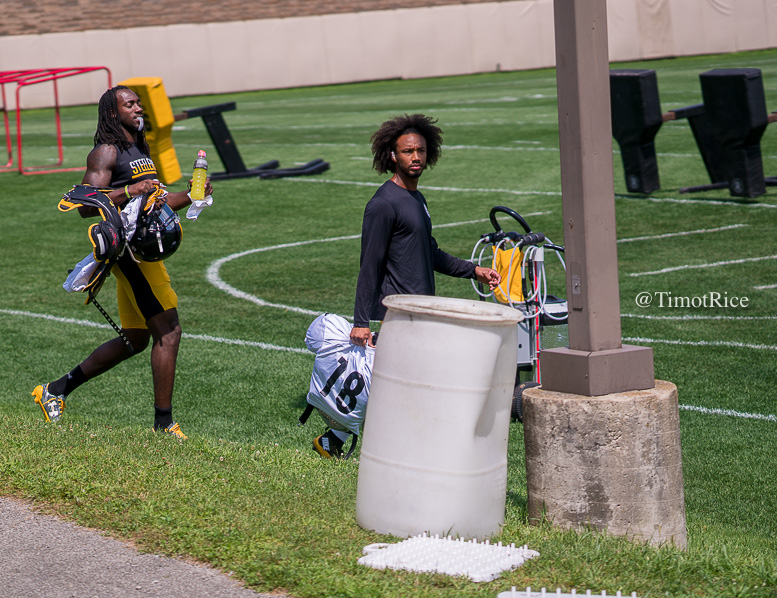 This is not the fun part of the year.

Cutting players? Ugly, necessary part of the process. That first wave is due by Tuesday at 4 PM, trimming the roster from 90 to 75. This is my best guess of who those 15 will be. Sure, none of these guy will shock you or even move the needle that much, most fans will gloss over, but I know we have several die-hards who go crazy for this speculation.

My guess at the group with rationale after.

It’s hard to see the Steelers carry five quarterbacks going into the final game, especially with two of them injured. Better to keep Bruce Gradkowski active and weigh where he’s at for the start of the regular season in case he would be ready to practice within the first two weeks of the regular season. Vaughan just isn’t worth keeping anymore with no chance to make the 53.

Stingily and Brandon Brown-Dukes had a good battle early in camp but BBD has seemed to pull away the last two weeks, though neither played a snap against the Saints.

Lang and Cooper are pretty much locks to go.

Tucker is an obvious candidate at receiver, seemingly the last man on the depth chart. The second spot, should one be cut, is more difficult to project and comes down to Norwood versus Issac Blakeney. Blakeney is more intriguing for long-term value and worth getting a strong look at in the finale. Norwood’s calling card is versatility, able to play inside or out.

The offensive line is super heavy, more on that in a minute, but injuries are squeezing this team. Wade Hansen would likely be the only option but if he’s kept, it’s a strong sign Jerald Hawkins won’t be available for the final game of the preseason. The Steelers need to have two backup linemen beyond the second string line. Hansen and Shahbaz Ahmed would be the pair.

If Hawkins is healthy, then Hansen likely gets the heave-ho.

So the defensive line loses out with three players cut. They are pretty heavy at this group anyway with nine defensive ends on this roster. Newberry is a lock to be cut. The others are a little more debatable but Johnny Maxey has better size than Sigler and Mosley-Smith has barely received snaps.

Really think Jordan Zumwalt is gone. His snap count – nine – Friday is certainly no promising sign and he’s really the 4th team LOL right now. Mike  Reilly and Rasco is a coin flip but I’ll give the edge to the Reilly, who played ahead of him against New Orleans.

The secondary is muddy and two cornerbacks could go but I’m sticking with just Whigham. Doran Grant playing safety functions as an extra guy there. Kevin White will stay because he can play in the slot while Donald Washington saw a lot of snaps Friday.

Keeping most of the cornerbacks is made more compelling with Hagen’s injury. Given how quickly he was ruled out, it’s difficult to envision him being ready on a short week for Carolina. Vinopal has gotten some work but it’s not enough to save him.

Monday has lost his battle with Jordan Berry. Maybe he would’ve stuck around for the finale but with the injuries elsewhere, his spot is expendable.

That leaves each position with the following number of players. Next to each number is the figure the team had last season for comparison’s sake. Because the numbers game, even if Mike Tomlin hedged on it recently in a discussion with Bob Labriola, is important to the last preseason tilt. Need to have enough backups at each spot in case on injury. Starters certainly aren’t coming in.

Pretty even comparison. Little heavier along the offensive line, quarterback, and tight end, little thinner in the secondary.