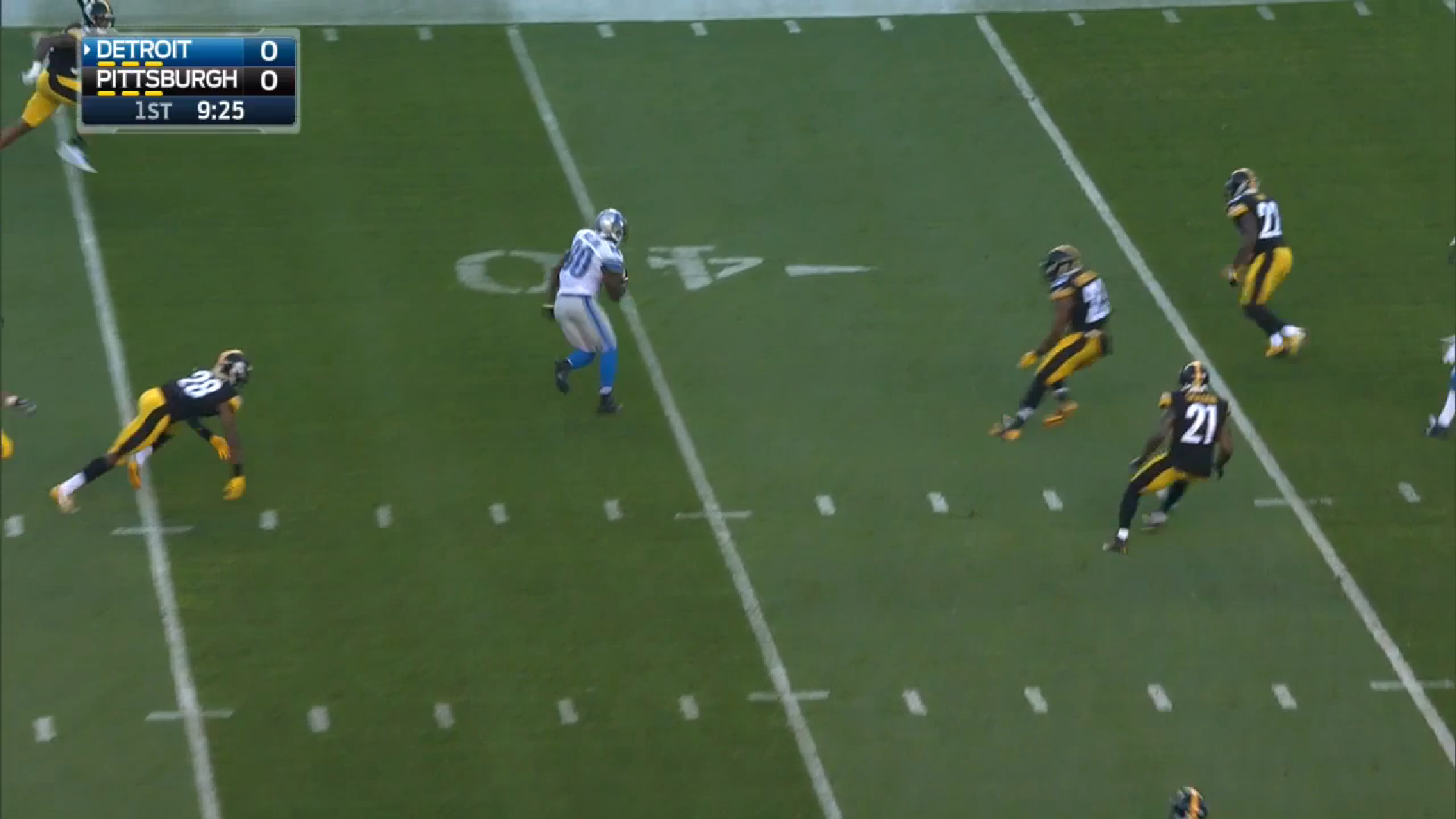 While most of the Pittsburgh Steelers’s rookie draft class did not play all that much during the team’s preseason opening contest on Friday against the Lions, one rookie who saw an extensive amount of time was second-round defensive back Sean Davis, perhaps the one player in the secondary on the Steelers’ roster who must be referred to that way.

Drafted as a safety, Davis started as a cornerback during his final collegiate season, in addition to seeing some time at cornerback the year before, though he was, ultimately, a safety. But the Steelers valued his cornerback insights as a player who can contribute anywhere in the secondary in an emergency.

That is why they were working him in the slot as early as OTAs, maybe even minicamp, running with the first-team defense whenever Senquez Golson was out, which was often. With Golson out for the season, most likely, the rookie is being tasked with stepping into what is effectively the starting lineup as the nickel back.

Davis’ 49 snaps on Friday was the third-highest total of the game, and not off by much, only two snaps separating the highest snap total. But he mixed in back at safety later in the game after spending the bulk of the first half with the starters and then second-team defense working the slot.

And, admittedly, getting worked at times, that being more obvious at no other time than when veteran wide receiver Anquan Boldin made him look silly twice on a third-and-six conversion for the Lions on their opening drive.

Working out of the slot right, from an offensive perspective, Boldin got Davis turned around quickly with a hard step to the outside before breaking back sharply to the middle of the field. The rookie looped around and looked to make a shoulder tackle, but the big receiver matched him shoulder for shoulder and put him on the ground, spinning off and racing upfield for a 30-yard gain.

While that was certainly a sour moment—and certainly a ‘welcome to the NFL’ moment—it did not define Davis’ debut performance. There were ups and downs, to be sure, but the biggest thing that I took away from it was that, as best as I can tell, he looked assignment-sound throughout the night.

He even blitzed off the edge on one third-down opportunity, though he did not have a chance to get home despite looking quick. And he was active, running to the ball at every opportunity. Although he did give up another reception on a third-and-10 play deep in Lions territory, and was flagged for a horse-collar tackle, he was able to cap off that drive with a nice stick tackle, evading a blocker in doing so.

There were certainly warts to be found in Davis’ first game—he gave up three first-downs by my count, two on third down—my overall impression coming away from his showing is that I have no cause for concern about the slot position. He’ll take his bumps, but he will grow into it this year.