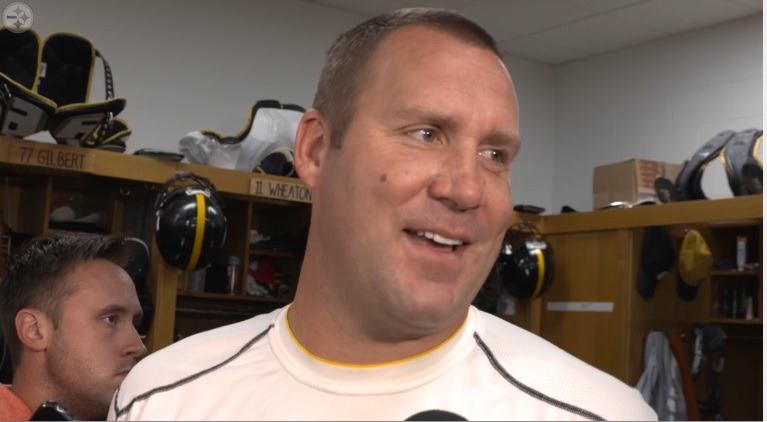 Mike Tomlin has made the executive decision to sit his starting quarterback, running back, and wide receiver down for the first two weeks of the preseason. Now, in the third and traditionally tune-up game, Ben Roethlisbeger is speaking up.

“Yeah, I’d like to get out there and play a little bit,” Roethlisberger told reporters today. “It’s fun to go against different uniforms. I remember the couple days of practice against the Lions, you get little bit of butterflies in the belly seeing another uniform across from you.”

Roethlisberger only saw action in one of those joint-practices, getting the other day off, something the Steelers made a conscious effort to do in camp.

“We kinda had a plan this training camp. Day on, half day off. I think it’s been really good for me. It’s made me feel really healthy.”

Because once the regular season starts, there are no more days off, Roethlisberger saying he takes every rep during the year.

Usually, starters play an entire half in the third preseason game but Tomlin’s caution of his stars may scale back that workload Friday night against the New Orleans Saints. Still, it’ll be good for Roethlisberger, Antonio Brown, and Le’Veon Bell to get some live snaps. And maybe even get hit a little bit.

“I’d like to be out there. Just because it’s a different speed. You want to get out and, I know my line doesn’t want to hear this, but I wouldn’t even mind getting hit once. Maybe after the ball’s gone, just a little tap from a defensive guy.”

Quarterbacks are off limits for the defense in the preseason and Bell has been held out of contact drills throughout camp. When Brown has been tackled, it’s usually been pillow-soft.

The Steelers used their third preseason game, they had a one-game advantage because of the Hall of Fame game, against the Green Bay Packers to give Roethlisberger the majority of his reps. In that game, he went 11/14 for 100 yards and a touchdown.

He saw action in the team’s second through fourth games, sitting out the preseason opener and finale. This year, all his work to gear up for Week One will come against the Saints.

It’s fair to debate how much Roethlisberger should have been played but ultimately, as Tomlin has pointed out before, he and Ben have been together for ten years. And as #7 gets older, the less of a need there is to give him extra reps and the more the pendulum swings towards saving his arm. He’ll be the least of the team’s problems come the Monday Night opener in Washington.