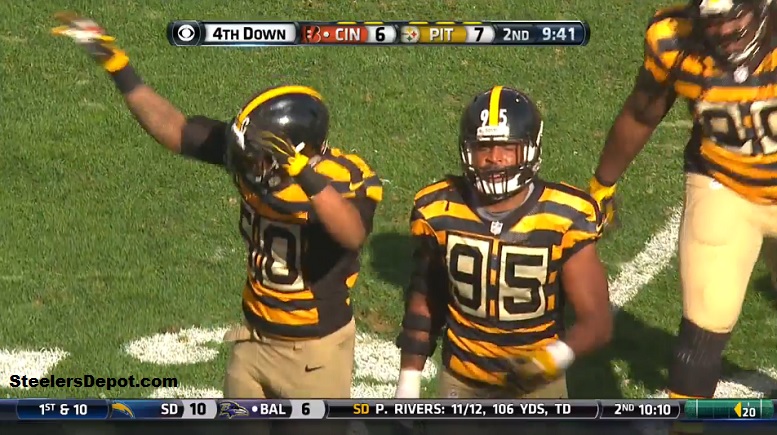 The Pittsburgh Steelers are set to kick off their third preseason game tonight against the Saints, this time on the road for the first time, in New Orleans, after taking two home losses at Heinz Field. But the prospects of some quality football should seem greater tonight, as several key starters who have sat out the first two games are anticipated to participate in tonight’s ‘dress rehearsal’ contest.

Given that in mind, there will certainly be plenty of things that will want monitoring tonight, especially as it concerns the first, and perhaps the only, time that the first-team offense will be working together before the start of the regular season.

I don’t think there is much to worry about with respect to the working relationship between Ben Roethlisberger and Antonio Brown, certainly, but there is much to be gained in watching how the other wide receivers—Markus Wheaton, who has not practiced much, Sammie Coates, and Eli Rogers—work with him.

I want to see a lot of work with Jesse James as well, both in blocking and receiving, and I’m sure Roethlisberger will send a few passes his way. He needs to show a lot if he is going to start the year as the primary tight end. Meanwhile, Xavier Grimble must play much better to have any hope of making the roster.

Cody Wallace is unlikely to play, so when the second half comes, I’m really looking forward to seeing B.J. Finney get some extended work in the game at center as he pushes for a roster spot. It may even be to the team’s advantage if Wallace misses the final preseason game as well if it means getting a good, long look at Finney.

Defensively, the obvious comes first, which is the continued monitoring of Sean Davis’ progress in the slot. But I’m also keen on studying his follow-up act, Montell Garner, who has been working with the second-team unit in the slot. Al-Hajj Shabazz bears watching later in the game as an outside cornerback.

The playing time and alignment of Doran Grant is also to be monitored, as he played both at cornerback and safety last week. All of the above mentioned names should be looked for on special teams, as well.

Jarvis Jones is expected to get his first work of the preseason. Obviously, it’s a bit late in the game to be expecting much progress, but regardless, he is expected to be a starter, and so it bears watching how he does. He handles the run well enough more often than not. What sort of pressure can he generate against the Saints?

When it comes to the return game, I would be interested to see who gets their opportunities and when. I suspect that Wheaton will be the first player back to return a kick in this game, but I would hope for early opportunities for Rogers and Demarcus Ayers in the punt return game.