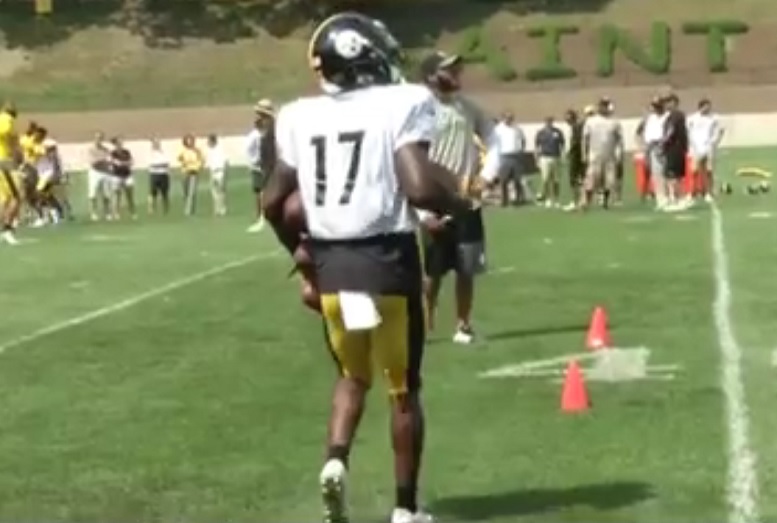 With two weeks to go until the Pittsburgh Steelers start their 2016 regular season on the road against the Washington Redskins, the only questions revolving around second-year wide receiver Eli Rogers relates to how much playing time he’ll ultimately receive on offense and whether or not he’ll be the team’s primary punt returner.

Rogers, who will undoubtedly see playing time this upcoming season after spending his rookie year on the team’s injured reserve list with a broken foot, played a whopping 35 snaps during the Steelers third preseason game Friday night against the New Orleans Saints. Not only that, 17 of those snaps came as a member of the Steelers first-team offense that included quarterback Ben Roethlisberger under center.

During a Monday interview on Steelers Nation Radio, Steelers head coach Mike Tomlin offered up some more praise for the former undrafted slot wide receiver out of Louisville.

“He really has an understanding of playing in that interior space and he’s consistently put that on display,” Tomlin said of Rogers.

Not only does Rogers appear set to be an early-season contributor on offense for the Steelers in their three and four wide receiver personnel groupings, it appears as though he might just be the team’s punt returner at the start of the regular season as well. While Rogers has returned just three punts during the team’s first three preseason games, they did result in an average of 13 yards. He also fair caught two other punts. Tomlin, by the way, has also noticed Rogers’ efforts in that phase of his game.

“Eli has a nice return average, I think it’s up over 10 yards per,” Tomlin said at the conclusion of the Steelers Sunday practice.

During the upcoming preseason finale against the Carolina Panthers, one can easily speculate that Rogers will get a few more opportunities to return a few more punts in order to prove to the team that he can take over the job from fellow wide receiver Antonio Brown. Additionally, while he might not see an exorbitant amount of snaps on offense against the Panthers, outside of maybe the first few series, he’ll likely get a few targets in that contest as part of whatever first-team offense the Steelers decide to field.

If you’ve yet to draft in a few of your fantasy football leagues, Rogers certainly could wind up being a nice bargain in later rounds and especially if none of the other general managers in your league are Steelers fans. He’s definitely going to see the field during the 2016 season and could potentially wind up catching 40 or more passes in the process. What an outstanding find for the Steelers.