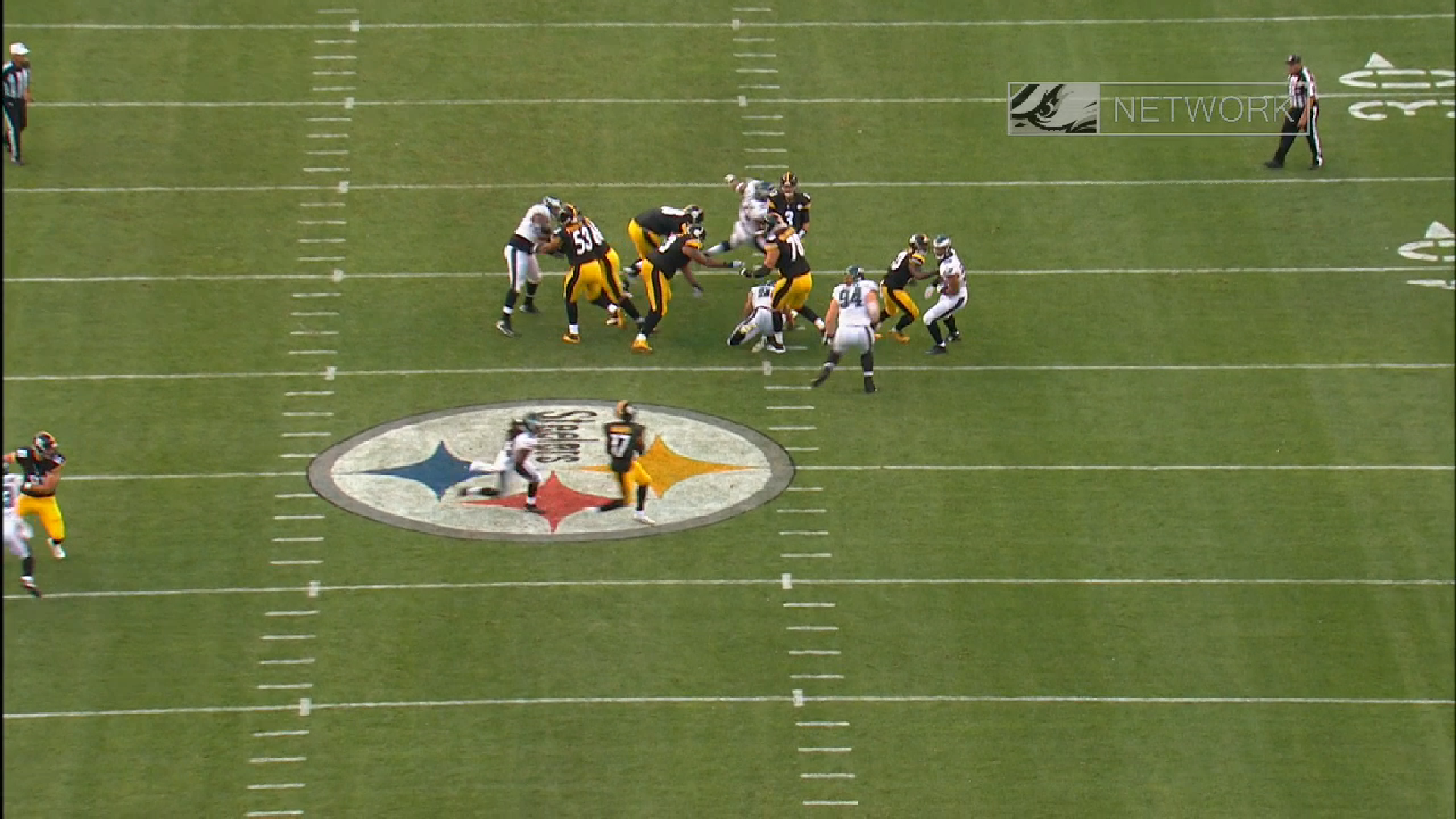 While much of the focus on the day will center around the four interceptions thrown by Pittsburgh Steelers quarterback Landry Jones during the first half, I wanted to focus on the rest of the first half offense, outside of the turnovers, because there was some overall improvement from the previous week against the Lions.

The offense sputtered terribly to start the game a week ago, but last night, Jones was able to convert on third and three for a first down on the opening drive. On two of their next three possessions, the Steelers managed to reach the red zone, after they failed to do so at all the week prior.

While it is certainly true, and a major negative, that Jones and the offense laid an egg—that is, failed to score any points—they twice reached the red zone on six first-half possessions, though one of them happened to be a one-play pick-six.

In order to address the interceptions, however, and not to make excuses for Jones, who certainly bears the brunt of the responsibility, two of the interceptions were thrown with Sammie Coates the intended receiver, and he blamed himself for being in poor position on both occasions. An end zone interception directed at Cobi Hamilton bounced off his outstretched hand, off the defender covering him, and was plucked out of the air by a second defender. The final interception came when Jones was hit during his throw.

There were some good things to take away from Jones’ first-half offense, however, in particular on the two extended drives, the first of which reached the three-yard line. He converted two third-down plays on the drive through the air, including a nifty pass to his tight end on a flat route over the linebacker.

On the second of the two extended drives, this one stalling at the 20 with an end zone interception, Jones made an excellent throw to hit Coates for a toe-tapping sideline reception. The 24-yard reception was the Steelers’ first explosive play of the preseason.

While there were too many negative plays in the run game for the Eagles’ 4-3 defensive front, there were also some positives on the ground for Fitzgerald Toussaint and Daryl Richardson, both of whom also were able to contribute in the passing game as receivers and blockers.

What Jones does offer is a command of the offense at this point in his career. He knows what he’s doing, and knows how to check into the right play pre-snap, which is not something they may be able to find off the roster right now for the backup position—or even on the roster.

I recognize that there will be a great deal of wringing of hands for the next week or more over Jones’ performance against the Eagles, with an immense emphasis on the four interceptions on the stat line. Make no mistake, I’m certain he will own them. But that should not be the only thing you took away from the game—a second preseason game with key offensive starters sitting.