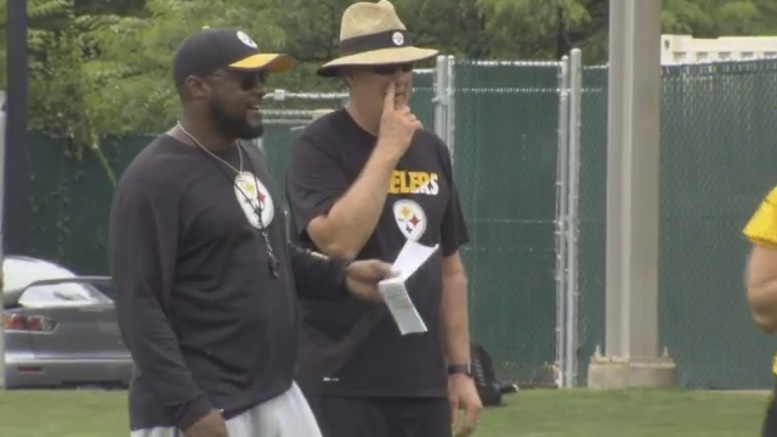 The Pittsburgh Steelers are going to turn away from the rotation at outside linebacker this season after they felt the need to utilize it to supplement the dearth of talent and experience that existed there in 2015. Or maybe they won’t. second-year defensive coordinator Keith Butler hedged on the question recently at training camp.

And perhaps that is really the only thing he can do, because until you see it on the field, you can’t anticipate what you will need. It goes without saying that the Steelers would like to see the two outside linebackers that they drafted in the first round over the course of the past four years to stay on the field all game, but reality often necessitates a divergence from one’s intentions.

It is a nice thought to think that Jarvis Jones and Bud Dupree will be able to log, let’s say, 90 percent of the Steelers’ defensive snaps this season. That is what players such as James Harrison used to do, year in and year out, after all. Though Harrison and his continued presence and production is part of the ‘problem’, so to speak.

Butler and outside linebackers coach Joey Porter spent a lot of times during games last year monitoring the fatigue and production levels of their pass rushers and pulling them when they felt it was warranted, or simply rotating them at irregular intervals unless somebody showed to have a hot hand, which was not often.

Porter told the media recently that he wanted his first-round picks to log most of the snaps, and that report circulated fairly liberally, and quickly. Even I wrote about it, admittedly. But what coach doesn’t want his first-round players to stay on the field and not require being spelled?

Even Dupree heard those reports, as Gerry Dulac noted recently. Dupree was quoted as saying, “I heard we’re going to try to narrow down the rotation and keep me and Jarvis on the field”, and I think the key phrase here is, obviously, “try to”. The Steelers will try to keep them on the field, but only so long as their play merits it.

Otherwise they will be yanked in favor of Harrison and Arthur Moats, and maybe even Anthony Chickillo. And in truth, it is certainly a good thing to have the sort of quality depth that the Steelers do legitimately have at the outside linebacker position.

But what they have been lacking for too long is the star power at the top, the sort of player that James Harrison once was seven or eight years ago and no longer is, even if he remains arguably the team’s best, unless Dupree can have something to say about that.

“We’re here to wins games, not worry about someone’s ego”, Butler told reporters, according to Dulac. That is a phrase that can apply equally to the bruised egos of rotated starters or those depth players not getting a chance to play. Personally, if warranted by the level of play, I would rather deal with the latter.