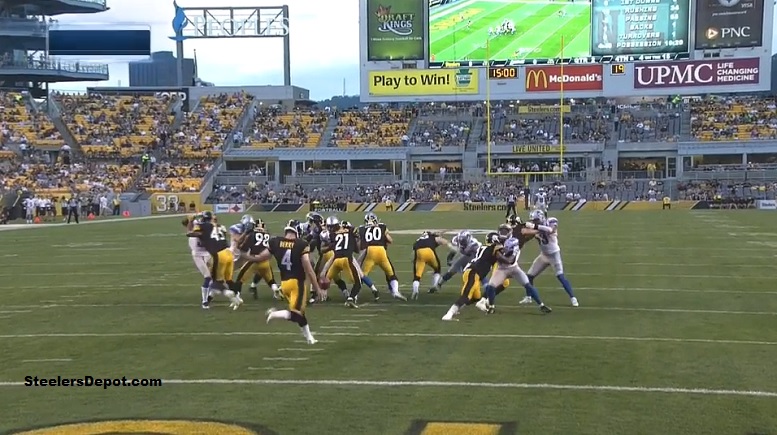 When it comes to the preseason—or the regular season for that matter—special teams and its nuances is often a factor that is overlooked, at least whenever everything goes according to plan. But a lot of people tend to overlook how much work it takes to get all those nuances right to assure that that plan is adhered to and executed well.

That is obviously not the case for those whose careers depend on special teams, and that goes beyond the ‘specialist’ positions of punter, place kicker, and long snapper, players who otherwise do not participate on offense or defense.

Two of the Pittsburgh Steelers’ own recently talked about the importance of the cohesion of a special teams unit and how a successful punt, for example, has much more to do with just the punter. Second-year punter Jordan Berry, who seems set to make the team again, was adamant about every punt being an 11-man production, as well as his part in it.

“It’s all about consistency and hang time”, he said of his role, according to Ralph K. Paulk for the Pittsburgh Tribune-Review. “If all the players are depending on me to get the ball to the right, you have to make sure you hit it there. If it goes left, then I mess everybody else up. We can’t afford most mistakes”.

“It’s a full-team thing”, he added. “It’s not just about the kick or the coverage. It’s about all 11 players doing their jobs as a unit. It’s the only way to neutralize a return”. And that is an important part about what the preseason is about, of cobbling together a special teams unit full of individually talented players that can work cohesively.

“You are going to have ebb and flows”, said Greg Warren, the team’s veteran long snapper, “but the key to longevity is coming back from adversity. We need [training camp] as far as getting comfortable with the guys who are blocking with us. There’s a lot of continuity we gain by coming out here as a team”.

The Steelers are currently auditioning for a few key openings that have been vacated across their special teams units from last season after they lost a trio of integral special teams players during the preseason. With Ross Ventrone also just recently lost, there are plenty of roles that need to be filled. Gunner, for example.

“The gunners are vital to the coverage because the rest of the unit can’t leave until you’ve punted the ball. if you get your guys to make plays, then that’s how you get the advantage on special teams”. Ventrone was one of the team’s top gunners the past two seasons when healthy.

Obviously, the Steelers will be depending upon the influx of athletes from their rookie draft class, in players such as Artie Burns, Sean Davis, and perhaps Travis Feeney if he makes the team, to share some of the load on special teams. But first they have to learn to work with the unit as a whole, to make sure everything goes according to plan.