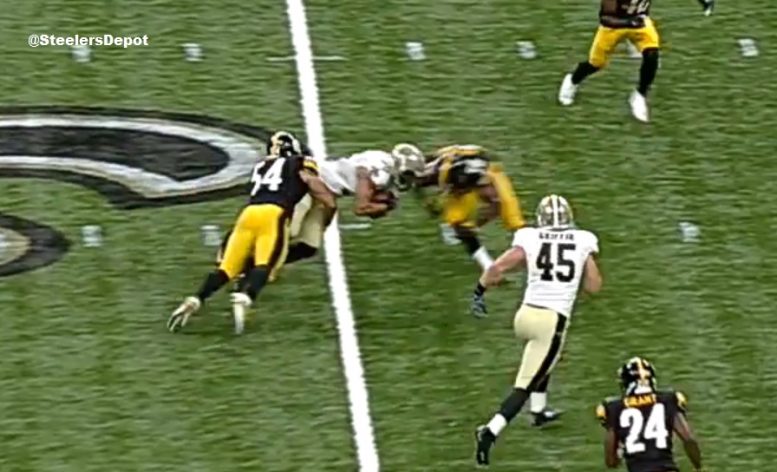 In the fourth quarter of the Pittsburgh Steelers Friday night preseason win over the New Orleans Saints, linebackers Vince Williams forced a fumble when he hit running back Daniel Lasco after he caught a short pass near the middle of the field on a 2nd and 10 play. While the Steelers defense ultimately recovered the loose football, the Saints offense retained possession as Williams was penalized for unnecessary roughness as it was ruled he hit Lasco with the crown of his helmet.

Lasco laid motionless on the field for a little while before finally being helped off the field by members of the Saints medical staff. After the game, Williams took to Twitter to explain the hit and to offer up his best wishes to Lasco.

“I play as hard as I can, but as clean as I can. I never try to hurt anyone! Praying for Danny Lasco,” Williams wrote on his social media account.

While it was a bang-bang play, a slowed down replay of Williams’ hit on Lasco shows that the Steelers linebacker attempted to hit the Saints running back with his lowered shoulder. And as a matter a fact, it doesn’t look as though the crown of Williams’ helmet ever made contact with Lasco’s helmet.

Here is what this year’s rule change says about a player initiating contact with the crown of his helmet in the open field while making a tackle.

A 15-yard penalty will be called if a runner or a tackler initiates forcible contact by delivering a blow with the top/crown of his helmet against an opponent when both players clearly are outside the tackle box (an area extending from tackle-to-tackle and from 3 yards beyond the line of scrimmage to the offensive team’s end line). Incidental contact by the helmet of a runner or a tackler against an opponent would not be deemed a foul.

I also have a still shot of Williams’ hit and I think, both you and the league can clearly see there was no leading with the crown of the helmet by Williams.

Personally, I will be surprised if Williams winds up being fined for this hit and he should be irate if he ultimately is. Like Williams, I hope Lasco recovers quickly. 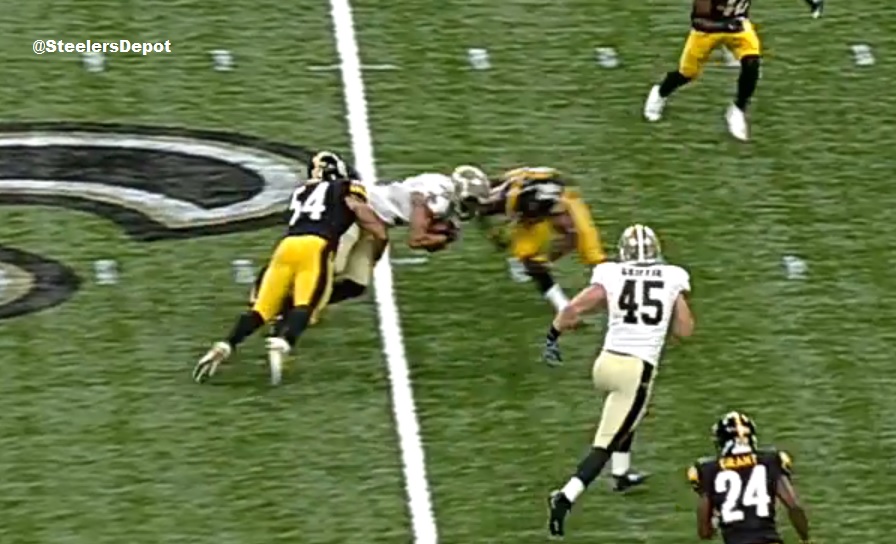