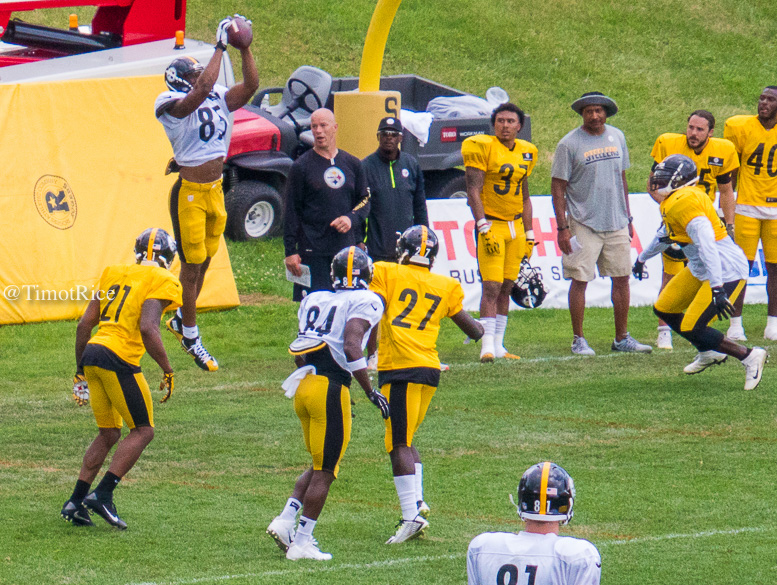 I don’t want to look too far into the ramifications until it is official but it feels all but certain the Pittsburgh Steelers will be without Senquez Golson for most of the season, if not the full year.

You can’t help but feel for a guy in his position. Setback by the earliest of injuries a year ago, eager to redeem himself in 2016, only to be shooed away by another injury. Two years, 3.5 Latrobe practices, and zero games. It’s a reminder that football, for as glamorous as it can be, is cold, harsh, seemingly sadistic.

Big picture, as a team, there isn’t time to feel sorry. There’s only time to move on and adjust. And early indications show Sean Davis being the “next man up” to fill Golson’s shoes.

It shouldn’t have been a surprise to see Davis jump in with the first team slot. On Day One, he saw reps in that role, working behind Golson, so it’s a natural progression. He’ll have to prove his worth, just like any rookie, but these signs point to the Steelers being committed to keeping William Gay on the outside.

There was no bad decision to be made with Gay. He’s quite capable at either spot. A still-strong cover corner on the outside, an effective communicator and run defender from the slot. But in a division with A.J. Green and now Josh Gordon, slotting Gay inside would put a lot of pressure on Artie Burns.

And maybe Burns is more the motivating factor to keeping Gay on the outside. For a rookie, even a first rounder, who is so young, so inexperienced, playing him now – by choice, at least – could spell disaster. It’s a decision that implies Burns is simply not ready, something we’ve seen very early in camp.

But back to Davis. His exact role in the defense was unclear, though we assumed it would exist in some capacity. Now, the path is clearer. He is a bigger body, 6’1 201, that may not make him a “natural” fit for the slot. But the first thing that stood out to me, way back at the Senior Bowl when I barely had an inkling of him as a prospect, was his feet. They were some of the best in this year’s class and his Combine numbers, led by a 3.97 short shuttle, backed that up. The fact he is a tough, physical player rounds him out as a worthy candidate to play inside.

Should this move become permanent, Davis in the slot, it thins out the safety depth. It would be no shock to see Will Allen be brought back, a Mike Tomlin favorite who can play either safety spot. Even declining, a reserve role is a good-enough fit for a team reacting to an early injury. We also just wrote about how the team has kept the #20 jersey available for the roster.

That is all figuratively secondary to the main idea. As the team has become frustratingly accustomed to, they’re resorting to a Plan B before any meaningful games have begun. It’s never ideal but opens an avenue to evaluate a rookie the Steelers are seemingly very excited about.