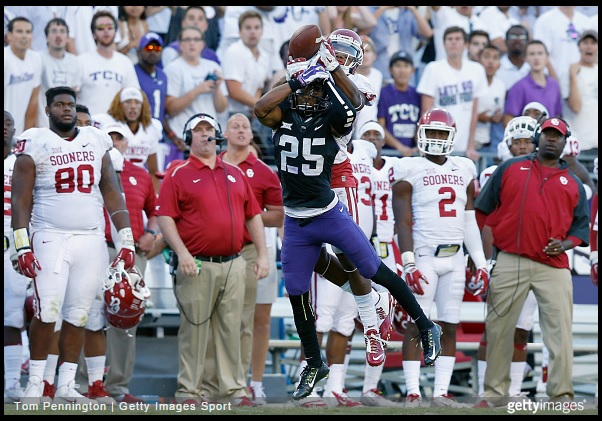 In a move related to the Senquez Golson injury, the Pittsburgh Steelers are slated to sign cornerback Kevin White Jr.

His agent, Blake Baratz, hinted at it on Twitter earlier today.

Congrats to you sir! #steelers https://t.co/Uo7XV9QuQv

And a short time ago, White uploaded this picture to his Instagram page.

He will likely play in the slot for Pittsburgh, running with the third team behind Sean Davis and Montell Garner.

In his TCU career, he made 146 tackles and picked off six passes. Unless they place Golson immediately on IR, the Steelers will have to make a corresponding move to stay at the 90 man roster maximum. The team should announce those moves tomorrow afternoon at the latest. Al-Hajj Shabazz’s roster spot could be in jeopardy, though that is just speculation.