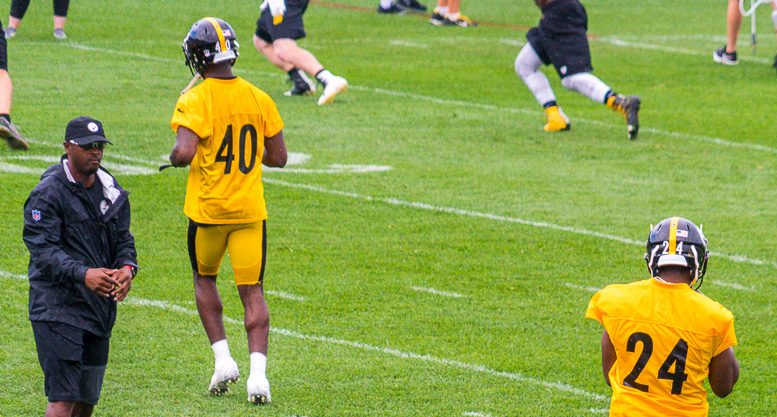 Montell Garner nearly ended up as as an Orlando Predator of the AFL. Now, in geography and league, he’s a far cry from that.

Steelers Nation Radio, hosted by Adam Crowley and Dale Lolley, played an interview conducted with the young cornerback that briefly walked through his football career and the time he’s spent with the Pittsburgh Steelers.

“I was about to go play Arena Football. I was signed and everything. I think it was a week after I signed with Arena, they called me up for a workout, did the workout, and I’m just blessed to be here.”

It wasn’t the first time the Steelers made their presence known, sending a scout to one of his college games at South Alabama. His team would win, defeating Appalachian State 47-21, and Garner said he was pleased with his performance. Officially, he finished the day with four tackles, one for a loss, and two breakups.

He went undrafted last season and signed with the St. Louis Rams, though he admits their defensive scheme didn’t completely fit his play style.

“I knew what I was capable of. I felt like I didn’t get a chance to display my full talent at the Rams. Just the defense was very different from my playing style and I had to learn a whole new system.”

To Garner, the Steelers’ defense is “perfect” for him and so far, the results have been encouraging. He’s been active in run support, showcasing a physical nature, and an aggressive mentality on the football. All while playing all three cornerback spots, including reps in the first team slot after Senquez Golson’s injury.

He’s still fighting for one of the last spots in the defensive backfield and the Steelers’ history of adding a DB at the end of the preseason could hurt his chances. He’ll have to make the most of his opportunity in the preseason, beginning tomorrow night. And if Doran Grant does make the switch to safety, it will only open up more reps for Garner.

He may come from a small school, viewed as a longshot, but hey, they said the same thing about Malcolm Butler. And all he did was win a Super Bowl.