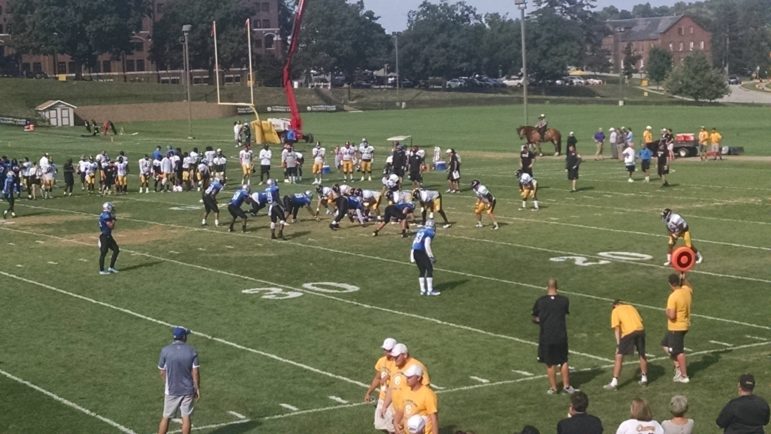 Question: What have we learned in training camp?

Yesterday was the Steelers’ final day of training camp at St. Vincent College in Latrobe before they move back to Pittsburgh following their preseason game on Thursday, after which they will practice at the UPMC Rooney Sports Complex, formerly known as the ‘South Side’ facility, closed to the public.

Over the course of the past couple of weeks, we have presented a series of questions facing the team, either globally and long-term from a roster perspective, or on a more specific and short-term level, following the team’s time during training camp. Every season is a journey of providing answers to questions, and the answers start to come to fruition in training camp.

While it’s still early in the process, particularly with three preseason games left to go, I thought it would be a good time to reflect on what we have learned, or at least begun to understand, or at least hint at, since the Steelers first rolled up in Latrobe through yesterday, when they wrapped things up to move back into their actual homes, shunning the dorm rooms for another year.

The first thing that jumps out of my mind is that we saw from rookie Javon Hargrave that he can be a ready contributor. By the end of the preseason, he may even be the starting nose tackle. We already know that he will log time in sub-packages, and he even took a rep or two at defensive end.

We saw, more in practice than in the game, that Eli Rogers looks really comfortable and runs quarterback-friendly routes. We saw that Sammie Coates is going to have his ups and downs. We saw that Le’Veon Bell looks almost like nothing happened to his knee.

We also saw that the left tackle position is still a work in progress, but that perhaps rookie Jerald Hawkins may have a future long-term in the starting lineup somewhere (a very early observation, admittedly).

Artie Burns is going to take his time coming along gradually. Doran Grant may be able to contribute, either at cornerback or safety, while Sean Davis will seemingly be given no option, moving into the slot. We have hardly seen Jarvis Jones and Bud Dupree. Clearly, there are still many more questions to be answered before the regular season starts.