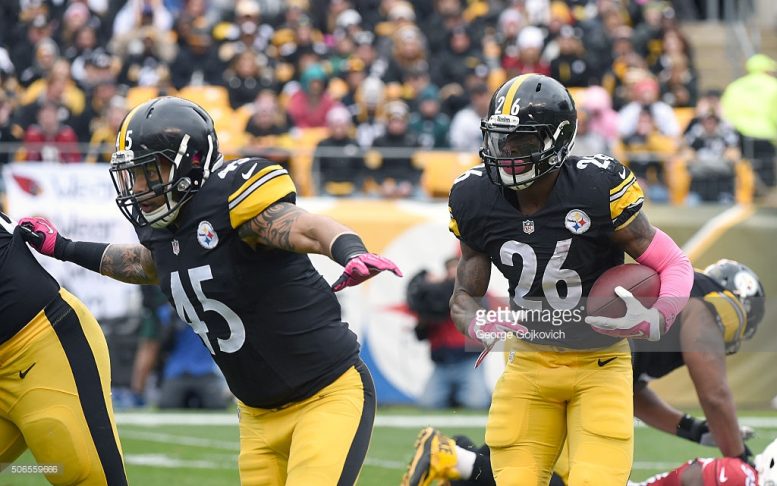 Don’t tell Pittsburgh Steelers fullback Roosevelt Nix that the position he plays is meaningless. Sure, he may have only played 150 total snaps on offense during the 2015 season, but his presence sure was noticeable during that limited playing time.

According to our offensive charting stats from last season, Nix’s presence was also felt on passing plays last season as well as the offense averaged 8.00 yards per play when he was on the field as opposed to 7.40 yards when he was off of it.

Unfortunately for Nix, a foot injury suffered late in the season prevented him from playing in the postseason and while the Steelers offense was also without the services of their top two running backs, Le’Veon Bell and DeAngelo Williams, in those two games, they really seemed to miss their fullback the most in the Divisional Round game against the Denver Broncos. In that game, backups Jordan Todman and Fitzgerald Toussaint both combined to rush for just 45 yards on 17 carries with five of those carries resulting in either zero or negative yardage. It’s impossible to know if having Nix in the backfield for several of those 17 plays would have made a difference against that strong Bronco defense, but I can’t help but think it would have.

Nix is now fully healed and while the Steelers did bring decide to sign David Johnson during the offseason to presumably compete against the Kent State product during training camp, it really shouldn’t be much of a battle. We’ll have to wait and see if Nix ultimately sees as much playing time in the Steelers offense in 2016 as he did during the 2015 season, but if I’m offensive coordinator Todd Haley, I make sure I find a way to get him on the field for at least 10% of the team’s total offensive snaps as he should be able to make a difference.