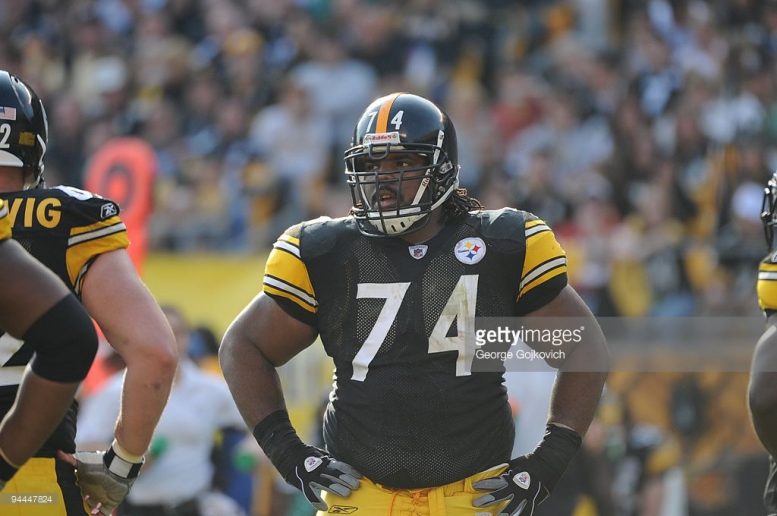 Continuing on with my look back at lucrative contracts signed by Pittsburgh Steelers over the course of the last 15 years, today I will recall for you the re-signing of tackle Willie Colon back in 2011.

Do you remember the 2011 offseason? It was really awful as the 132-day NFL owner lockout really made it tough on not only the fans, but the players as well. Additionally, the shortened free agent signing period was pushed way back and teams had to decide very quickly as to whether or not they wanted to re-sign their own unrestricted free agents or let them test the market.

In July of 2011, the Steelers decided to let tackle Willie Colon explore the free agent market. This is the same Colon who had missed the entire 2010 season with an Achilles injury. The Steelers former fourth round draft pick out of Hostra still received attention from the Chicago Bears during free agency and while they reportedly offered him more, he decided to re-sign with Pittsburgh instead.

Colon’s new deal with the Steelers was for five years and totaled out at $29 million and it included a $6 million signing bonus. In total, he received $7.5 million guaranteed.

The Steelers were really between a rock and a hard place when it came to deciding whether or not to re-sign Colon. For starters, even though they had drafted Marcus Gilbert that year, the lack of the team having any kind offseason program due to the lockout severely hampered his initial development. Additionally, while still on the roster prior to the re-signing of Colon, veteran tackle Flozell Adams and his scheduled $5 million salary wasn’t going to work. After Colon was re-signed, Adams was immediately released. A few days prior to Colon re-signing with the Steelers the team released veteran tackle Max Starks, who was due a $5.14 million salary in 2011. At that point the Steelers were left with Colon, Jonathan Scott, Trai Essex and Gilbert as their primary tackles.

The 2011 season got underway with Colon starting at right tackle with Scott on the left side. However, in that regular season opener against the Baltimore Ravens, Colon suffered a torn triceps muscle in his arm and had to undergo surgery. He was then placed on the teams Reserve/Injured list.

Unfortunately for the Steelers, the need for salary cap space resulted in them restructuring Colon’s contract in February of 2012. That restructure included $3.8 million of Colon’s $4.5 million salary for that season being turned into a signing bonus.

Colon moved to left guard for the 2012 season and while he played well at his new position, he still committed a lot of penalties. A knee injury later on in the season resulted in him being placed on Reserve/Injured for a third consecutive year. At that point, the Steelers had had enough and they released Colon just after the start of the 2013 league year. While that parting of the ways happened that March, Colon was designated a post June 1 release and thus the Steelers had to account for his $5.5 million base salary against their cap until that date arrived.

Colon’s release would also hamper the Steelers salary cap situation in 2013 as they were forced to carry a $4.3 million dead money charge as a result of post June 1 cutting in 2012. Colon went on to play 38 games with the New York Jets following his release from the Steelers.

Below is the basic breakdown of the original deal Colon signed in 2011.