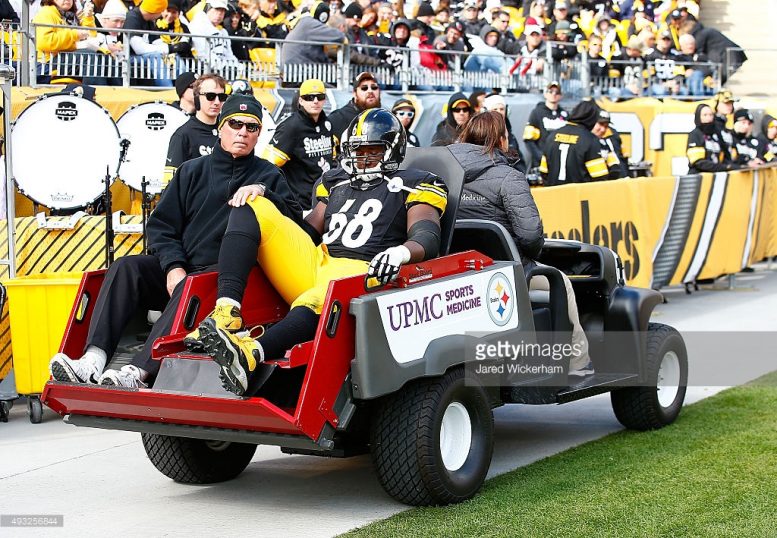 The Pittsburgh Steelers overcame quite a bit of adversity during the 2015 season and that included them losing several key players to injuries. According to a Thursday report by Jeremy Fowler of ESPN.com, the Steelers 2015 season included them placing 25 players on injured reserve and only the New York Giants and Baltimore Ravens had more.

For some context on the Steelers injuries in 2015, Pittsburgh placed 25 players on injured reserve from May 2015… https://t.co/c4fxs9Q269

Now, while the Steelers did have a total of 25 players who were either placed on either the team’s Reserve/Injured or PUP lists, it was the quality of players that they lost that hurt them the most. That list of quality players included running back Le’Veon Bell (knee), center Maurkice Pouncey (fibula), tackle Kelvin Beachum (knee), kicker Shaun Suisham (knee) and fullback Roosevelt Nix (foot). A few other notable injuries included cornerback Cortez Allen (knee), quarterback Bruce Gradkowski (shoulder) and cornerback Senquez Golson (shoulder).

As you can see in the full list of players below, several players that wound up on Reserve/Injured where ones who likely wouldn’t have made the initial 53-man roster. In fact, only 17 of the players listed below were on the team’s Reserve/Injured list at the conclusion of the 2015 season.

Even with all of those key injuries last season, the Steelers still managed to make it to the AFC Divisional Round of the playoffs. They did, however, have to play that game against the Denver Broncos without the services of wide receiver Antonio Brown (concussion) and running back DeAngelo Williams (foot). While neither of those two players wound up being placed on the team’s Reserve/Injured list, not having them for the Broncos game was huge.