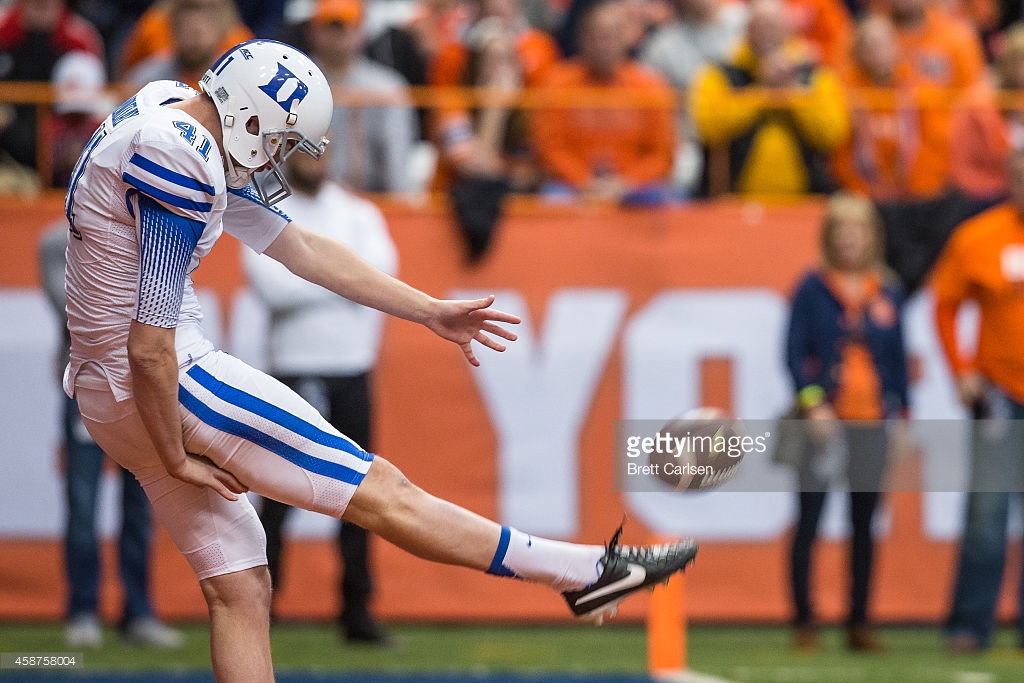 Of the several interesting training camp battles that are set to take place this year for the Pittsburgh Steelers at Saint Vincent College in Latrobe is the one between punters Jordan Berry and Will Monday. While Berry is the incumbent punter on the team, Monday is an intriguing undrafted free agent who was signed by the Steelers earlier in the offseason.

During his talk with the media on Friday ahead of the team’s first training camp practice, Monday said he was told that there will be “an open competition” for the punting job during the summer, according to Chris Adamski of the Pittsburgh Tribune-Review.

Overall, this is not surprising news as you would expect Monday to be told he has a fighting chance for a roster spot and especially as he only has one other player to beat out.

At Duke, Monday punted 260 times for 11,299 yards and a 46.46 yards per punt average. Additionally, he downed 88 punts inside the opponent 20-yard line against 33 touchbacks. He ended his college career with highest punting average in Duke history.

Over the years, the Steelers have had a hard time finding a long term punter. Last year during training camp and the preseason, Berry won the open competition over Brad Wing, who was ultimately traded to the New York Giants just prior to the start of the regular season.

Both will b holders of course,too