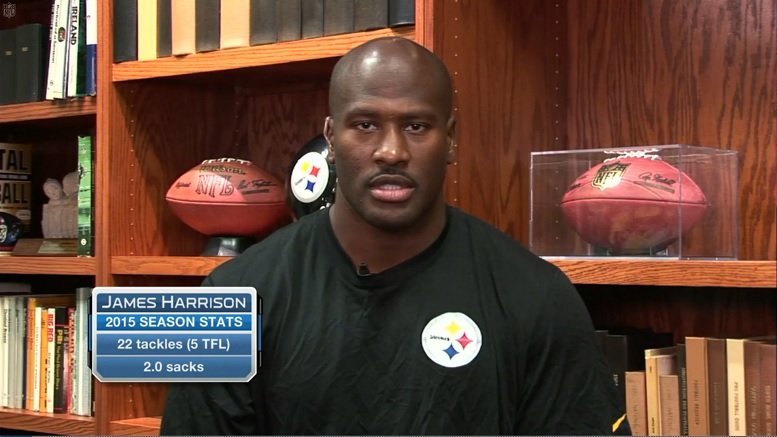 Suspensions. Investigations. Interviews. What fun for a Friday.

The NFL, per Adam Schefter, has finally responded to the union sending James Harrison and the rest of the named player’s sworn affidavits, denying any connection to Charlie Sly and the Al Jazeera report that connected Harrison to PEDs.

According to Schefter, while the NFL has confirmed they received that affidavit, they still have full intention of interviewing Harrison and the others named in the story.

“NFL rejected the union’s view that affidavits constitute reasonable cooperation by the players and confirmed that they are required to participate in in-person interviews.”

The league has already stated they will send representatives to each player’s training camp on the day they report. For Harrison, that date will be on July 28th, next Friday. Other players named in the report include Mike Neal, Clay Matthews, and Julius Peppers.

Of course, Harrison was strong in his resistance to the league’s wishes, now famously demanding the league meet him at Harrison’s house with Roger Goodell present. The league, to my knowledge, has never directly addressed that request, but you basically guarantee they have never had any intention of complying.

Failure by Harrison to comply has the potential to lead to league discipline not related to the original allegation but for not cooperating with an official NFL case. This has all been boring and annoying but knowing the risk here makes this a story worth circling back to.

It is another non-football story carried to Latrobe. We’ll find out exactly what Goodell’s, and Harrison’s, wishes and decisions are in less than a week. And maybe, hopefully, can put this story to rest. I don’t know about you but I just want to talk football.