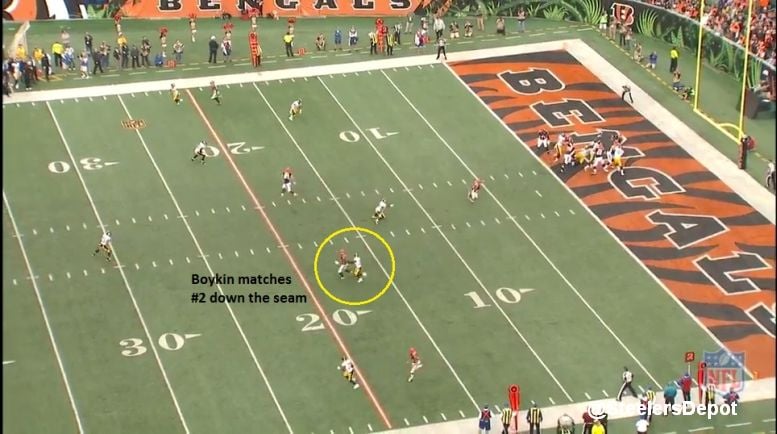 If you’re even faintly familiar with the Pittsburgh Steelers, you probably have a baseline level understanding of the kind of defense they play. Blitz heavy, prominently zone coverage looks. And of course, if you follow the team as closely as we do, you know their base look is Cover 3. Roll a safety in the box to support the run. Ask both outside corners and the single high safety to patrol their deep third of the field. Tried and true method under Dick LeBeau and last year, under Keith Butler.

But like any philosophy, there are fundamental flaws. And on the NFL level, offensive coordinators know how to expose them. In Cover 3, one of its biggest issue is stopping four verticals. Do the math. Four receivers versus three defenders. Offense wins.

It was, of all teams, the Cleveland Browns who first exploited this in the league many years ago. And defenses have worked to come up with a counter. One of those tools is Rip/Liz Match. I’ve been a little hesitant writing aboutt his because I wanted to feel comfortable with explaining and recognizing the scheme. But I talked to two football coaches and they agree the Steelers showed an example of it.

You can attribute this idea to Nick Saban, who ran it as the head coach at LSU and currently at Alabama, where his teams are among the most successful every single season. This is another variation of pattern reading, an idea we’ve covered a hundred times before. As a refresher, or for those unfamiliar, pattern reading is a man/zone hybrid. A defenders’ coverage on a receiver is determined based on their route tree.

And so that’s the idea we’re seeing with Rip/Liz match. A way to “match” on that 4th receiver vertically to give the defense the protection it needs. From Saban’s playbook, let’s take a look at it as a general concept. 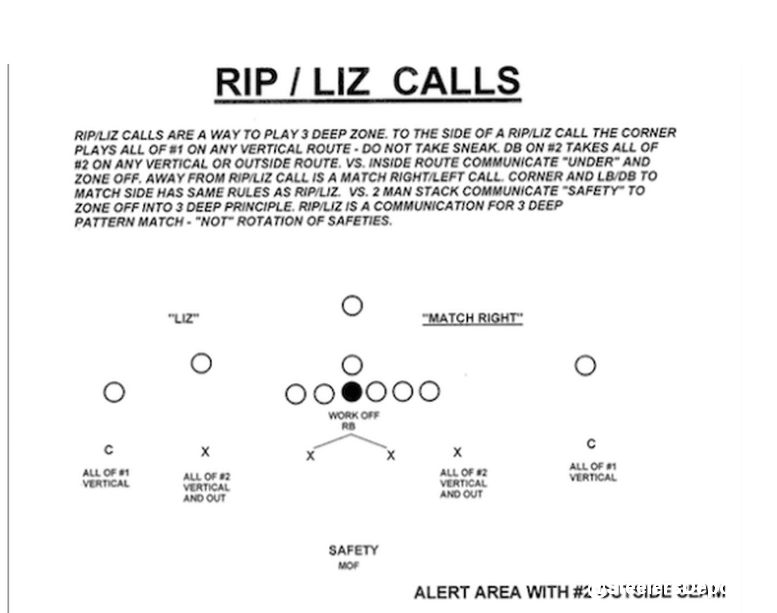 We’ve seen the Steelers spot drop and get chewed up by four vert concepts. Here’s one quick example from the game where Butler’s inability to adapt cost him the greatest: Week 12 vs Seattle.

We’ve gone in length about those issues before but here is one unfortunate reminder. The Seahawks first touchdown, a 16 yard pass from Russell Wilson to Doug Baldwin, the #2 receiver to the bottom of your screen. Three verts to that way with the slot corner dropping into his curl/flat. There’s no one to take #2 as #3 bends his route to the MOF and #1 holds Antwon Blake to the sideline. Easy touchdown.

So when the Steelers took on the Cincinnati Bengals two weeks later, they adjusted. 2nd and 10, 3×1 look. Again, the trips side all run verticals, with #3 bending his route to the field, just as Seattle did. The difference is to watch slot corner Brandon Boykin. Instead of just dropping into his curl/flat zone, he reads the #2 receiver going vertical and carries him down the seam.

Let’s compare that to what William Gay did two weeks prior. 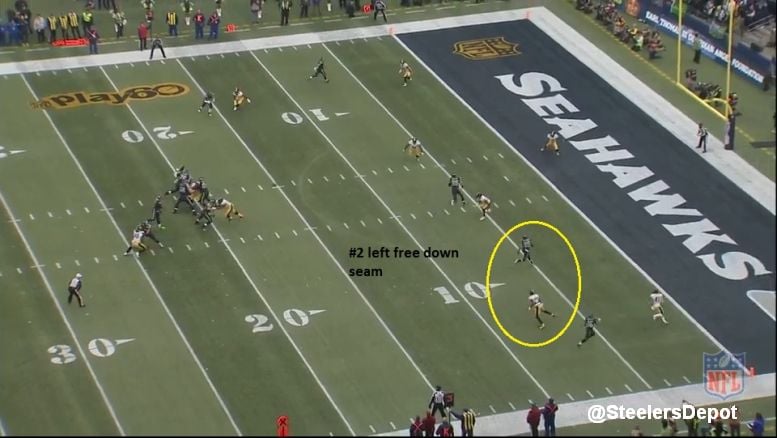 You can see the difference. Boykin matched, Gay didn’t. That likely isn’t an individual breakdown but a result of the scheme and call from Butler.

In the Bengals’ game, the ball is checked down to Gio Bernard. Lawrence Timmons, who let #3 go as he releases inside (the Robber Will Allen picks him up), closes and makes the tackle underneath. It’s still a gain but clearly preferable to getting beat over the top.

We can see this call, the “Rip” call, straight from Saban’s playbook. 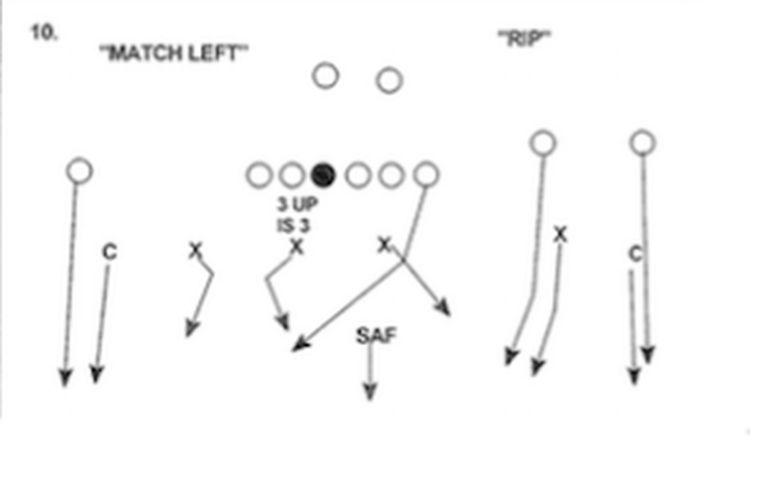 And really, that’s the whole idea behind the Steelers’ scheme. Force teams to take what you give them. Demand long, 10 play drives. Not a lot of offenses can sustain that. A drop, a penalty, a bad play, and the offense is off script. Anyone can hit an 80 yard bomb. Most can’t move with masterful precision. It’s one reason why the New England Patriots give this team so much trouble but alas, a different story for a different time.