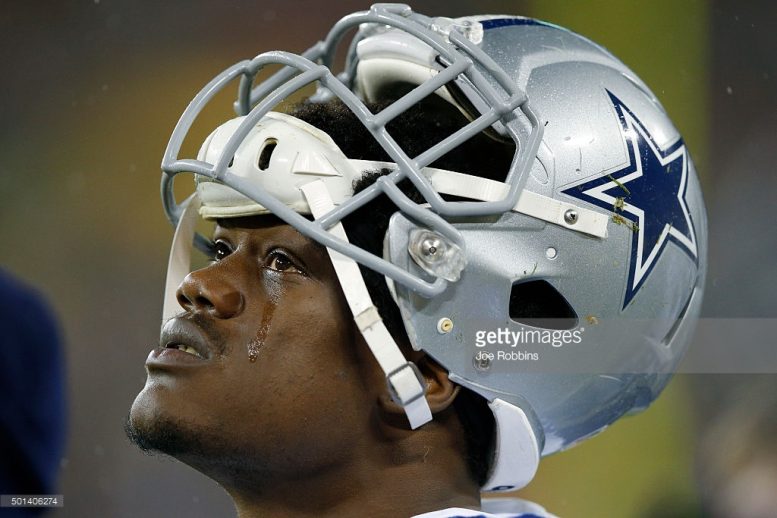 While the Pittsburgh Steelers haven’t had a great offseason when it comes to player suspensions, the Dallas Cowboys have had plenty of their own related problems as well.

On Tuesday, several reports indicate that Cowboys defensive end Randy Gregory, who is already suspended for the first four games of the regular season due to him violating the league’s substance abuse policy, is now facing the possibility of missing even more games for yet another violation.

Early reports indicate that Gregory’s suspension could result in him missing the first 10 games of the regular season and should that ultimately happen, he would miss the Cowboys’ Week 10 game at Heinz Field against the Steelers.

Several weeks ago, it was reported that Cowboys linebacker Rolando McClain would miss the first 10 games of the 2016 seasons for violating the league’s substance abuse policy as well. Additionally, the Cowboys will also be without the services of defensive end DeMarcus Lawrence for the first four games of the season for his policy violation.

With it now looking like Gregory might miss most of the 2016 regular season, you have to wonder if the Cowboys will have any interest in signing veteran pass rusher Dwight Freeney. While now 36 years-old, Freeney registered 8 sacks last season in the 11 regular season games that he played with the Arizona Cardinals. He compiled those sacks while only playing a total of 256 defensive snaps.

The Cowboys did address the defensive end position during the 2016 NFL Draft when they selected Charles Tapper out of Oklahoma in the fourth-round. Tapper recorded 13.5 sacks during his college career with 7 of them coming last season.