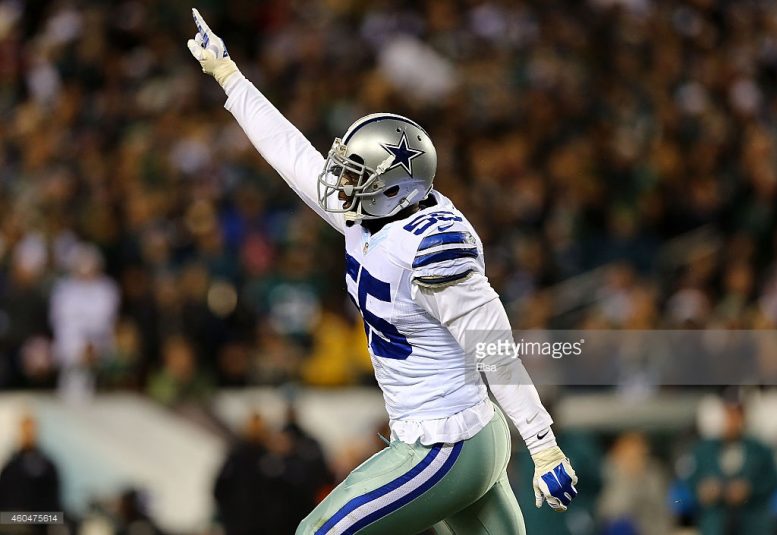 When the Dallas Cowboys square off against the Pittsburgh Steelers during Week 10 of the 2016 regular season at Heinz Field they’ll reportedly do so without having the services of inside linebacker Rolando McClain.

According to a Thursday report by Todd Archer and Adam Schefter of ESPN, McClain will be suspended the first 10 games of the 2016 regular season for violating the league’s substance abuse policy.

McClain, who isn’t a stranger to suspensions, was re-signed by the Cowboys to a one-year deal worth up to $5 million in March after registering 97 tackles, two sacks, nine tackles for loss, 10 pressures, one interception and three pass breakups in the 11 games that he played in last season.

With McClain now set to miss the first 10 games of the regular season, early speculation is that the Cowboys will likely move Anthony Hitchens to middle linebacker to replace him.

While the Cowboys will be without the services of McClain for their mid-November game against the Steelers, two of their other key defensive players who will start the regular season on the suspended list, defensive ends DeMarcus Lawrence and Randy Gregory, should be well-entrenched in their roles by the time that contest rolls around as both are currently only scheduled to miss the team’s first four regular season games.

Strangely enough, McClain should be eligible to return for the Cowboys Week 11 game against the Baltimore Ravens, the team the linebacker played for in 2013.

At the beginning of June, the Steelers were already favored by 8.5-points over the Cowboys, according to early odds released by Cantor Technology.