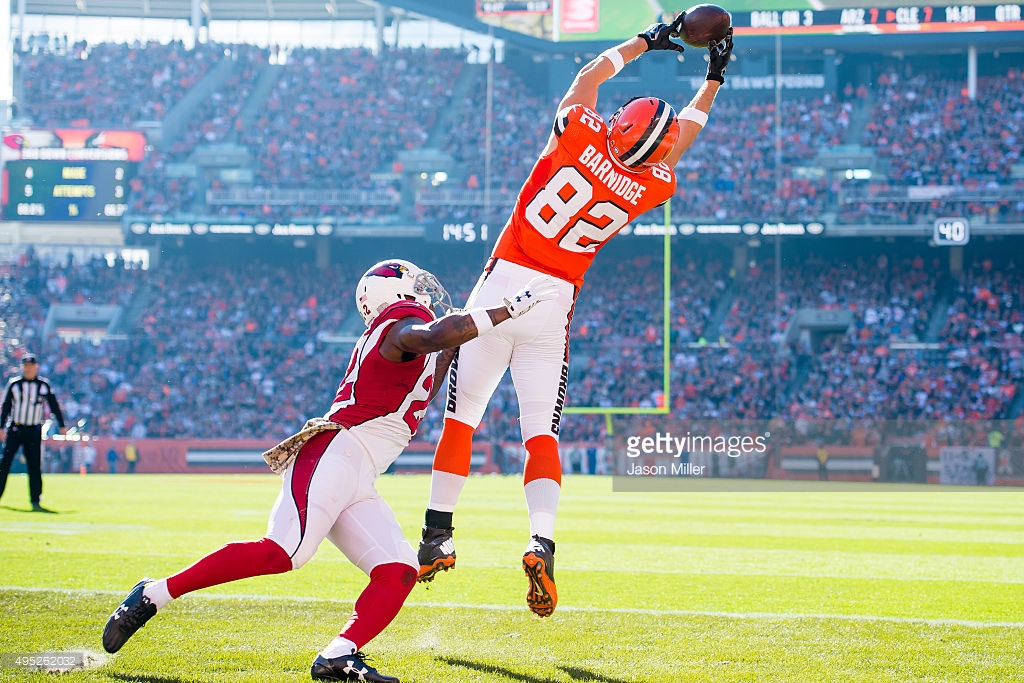 The Cleveland Browns, if the 2015 season is anything to go by, would appear to have had the good fortune to have stumbled upon the impressive receiving talents of veteran tight end Gary Barnidge at the age of 30 in his eighth NFL season, and just his third season with the team.

Barnidge had never been a starter prior to the 2015 season, when the free agency departure of Jordan Cameron more or less necessitated that he move into that role, but once he was there, he showed the Browns that there was much more that he was able to do than he had been given the opportunity to show previously.

That is why they moved quickly during the end of the 2015 season to ensure that they sign him to a three-year contract extension, a time during which few deals are ever negotiated. But for an aging player such as Barnidge discovering a new role for himself and a team seeing the same thing, sometimes those deals can get done.

Prior to last season, Barnidge had never played more than 550 snaps, according to Pro Football Focus, who listed his contract as one of the best among tight ends in the league, given that he is scheduled to average just $3.8 million against the cap over the life of the three years left on his deal following that late-season extension.

He never recorded more than 13 receptions in a season, but in 2015, his production exploded as he became the featured target suddenly, catching 79 passes for 1043 yards and nine touchdowns. These numbers all best the career-highs of the recently retired Heath Miller, for some perspective, who was a Pro Bowl tight end and often under-recognized—and underutilized.

Nathan Jahnke points out that Barnidge was particularly impressive on deep passes, noting that he caught “six of 10 balls thrown his way for 174 yards and a touchdown”. But his receiving ability was fairly impressive all across the field in order to produce that volume of receptions for a tight end.

While his blocking in the run game was not up to snuff as it usually had been, Barnidge largely carved out a living up until last season as a run-blocking tight end, and I would imagine that that element of his game should level out closer to his norm as he adjusts to his newer, bigger role.

Jahnke writes that Barnidge’s 2016 cap hit doesn’t even come in the league’s top 30 cap hits for tight ends scheduled for the 2016 season, which makes it quite hard to argue against the immense value that his contract presents.

But that all goes without saying that it necessitates his ability to replication his aberrant performance from a year ago, which was much in contrast from the rest of his career. He comfortably more than doubled, in some cases tripled, his career numbers in just one year, and in such a long career, one has to wonder if it can happen twice.