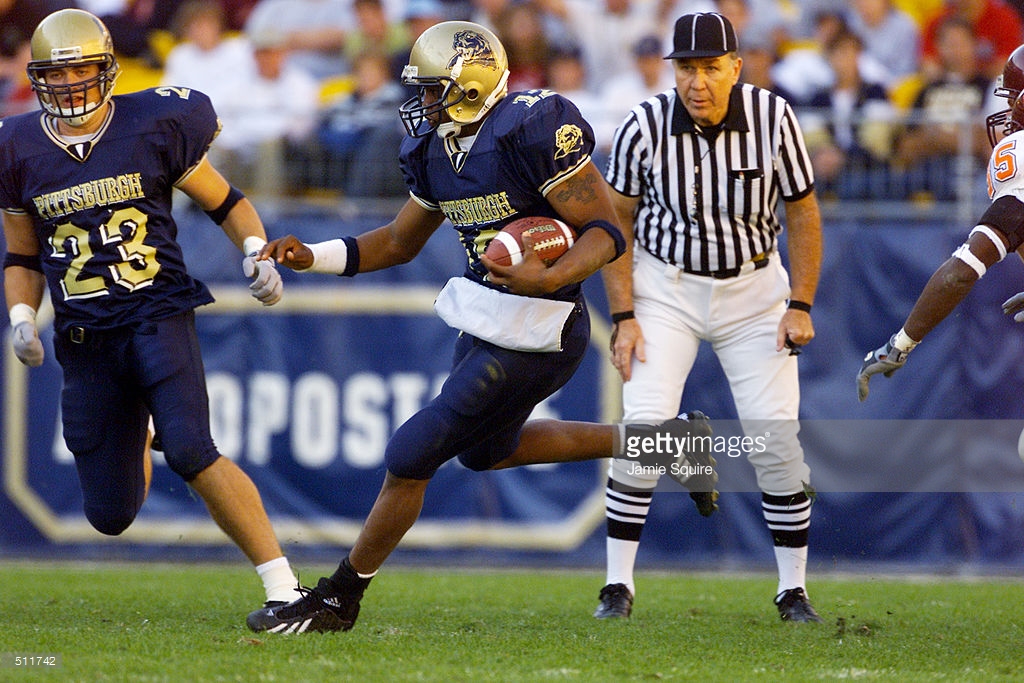 There are few people who have played more football in Western Pennsylvania than Rod Rutherford. That included a stint with the Pittsburgh Steelers in 2005, spending the entire year on the team’s practice squad. Like Ulish Booker, it earned him a Super Bowl ring. Rutherford was released right before the start of the 2006 camp, failing to ever latch onto another team.

But his football days didn’t end there. He’s listed as playing with five teams after that. Three of them were in Pennsylvania, another in Wheeling, West Virginia. They are:

That stretch was preceded by a year in the good ol’ NFL Europe, spending 2007 with Hamburg.

Oh yeah, here’s a clip of him throwing a pass to himself and then throwing a should-be touchdown that was dropped by his receiver. Booo.

Backing up to the beginning, Rutherford was born and raised in Pittsburgh. He played college ball with the Pitt Panthers, throwing 60 career touchdowns. His led them to records of 9-4 and 8-5 his junior and senior seasons. The Carolina Panthers signed him initially before he made his way back to Pittsburgh.

From high school on, he played for six different PA teams. It feels like the only pro team he never got on opportunity with was the 1892 Pittsburgh Athletic Club (Ed Note: *sad trombone sounds*).

His coaching stints have a similar, Yinzer theme. Two stints at his alma mater, a year at St. Vincent College – the site of training camp, of course – and most recently, five years as the wide receivers coach at Division Two IUP. It appears he is not returning for 2016, he’s no longer listed on the coaching staff, though I’ve been unable to confirm if he was fired or left on his own accord.

IUP’s newspaper has a nice feature article on him which I encourage you to check out here. A short quote from Robinson via the article.

“‘It’s an unbelievable feeling when you take a young man, who thinks they know everything, and open their eyes to the fact that there’s more to it than what they think,’ he said.”

Rod Rutherford, your blast from the past.