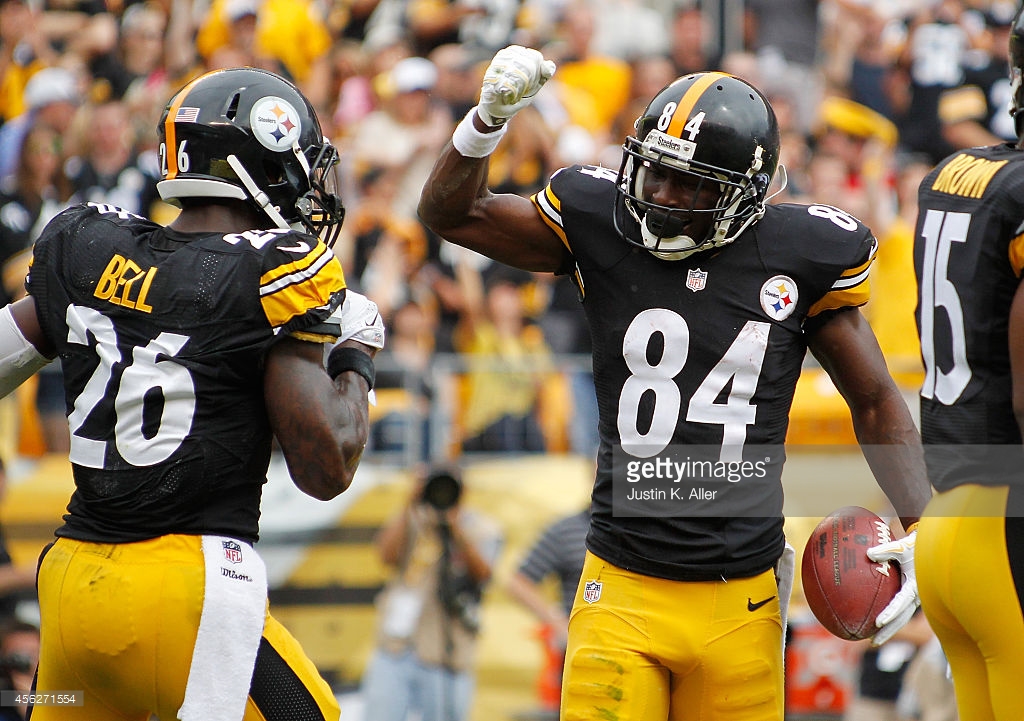 Question: Can the Steelers really score 30 points per game?

It has not gone unnoticed that the Steelers have really begun to prosper on the offensive side of the ball over the course of the past couple of seasons. The team and the players themselves have noticed, which is why quarterback Ben Roethlisberger last season set a goal of averaging 30 points per game.

While the Steelers as a team fell short of that goal, in large part due to Roethlisberger’s injury, they actually did hit that average mark in the second half of the season, and in fact set a franchise record in scoring 30 or more points in five straight games.

It would be hard to argue that Pittsburgh does not have the ability to score 30 points per game, if you scour their roster and look at the sort of athletes and football players that they have available to them, not just at the skill positions, but along the offensive line as well.

Antonio Brown is still very much Antonio Brown, and while they may be without Martavis Bryant, they have a number of other options among the pass catchers, including the running backs and tight ends. And they have the backs to run the ball as well.

But the Steelers have had a hard time getting out of their own way lately, with Bryant and Le’Veon Bell dealing with suspensions and injuries limiting what the offense can do on a weekly basis. Consistency, including from the quarterback position, also remains a concern.

Roethlisberger in many ways last season had his best year, but his ball security was disappointingly lacking, and ended too many drives prematurely with interceptions, and too few with touchdowns. A change on that front would be hard to deduce in training camp, however.

What I want to see is how Ladarius Green looks with Roethlisberger when he gets on the field. I want to see Markus Wheaton and Sammie Coates in three-wide-receiver sets and how they work together. I want to see Pouncey working with the rest of the line getting to the second level and pulling and how their chemistry looks.

Most importantly, I want to see how consistently they do these things well, because that has been the biggest problem in recent years. It’s one thing to have excellence, and another to show it consistently. Averaging 30 points per game requires consistent excellence. Can Wheaton be a consistent player? Can Green? Can Green? And how will the offense adjust to the new-look tight end set up? These—and the appeal ruling on Bell’s suspension—will be the biggest determining factors, I think.