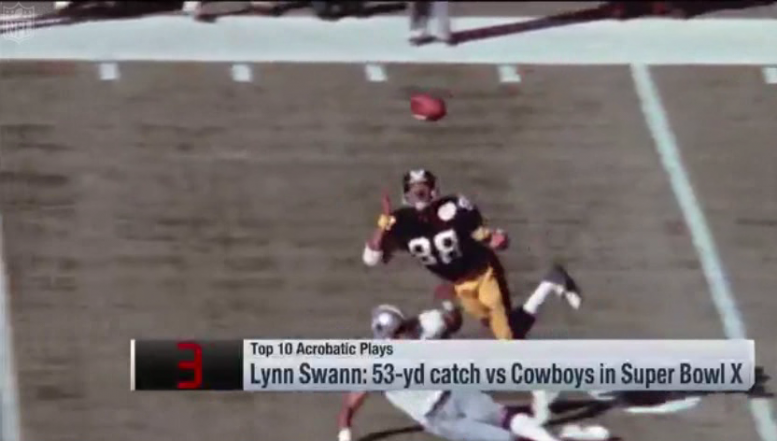 On the Thursday night edition of NFL Total Access, Lindsay Rhodes, Brian Baldinger and Shaun O’Hara counted down a top-ten of great all-time acrobatic plays and it included plays made by three different Pittsburgh Steelers.

Coming in at No. 9 overall was Martavis Bryant and his amazing catch in the end zone last season against the Cincinnati Bengals. 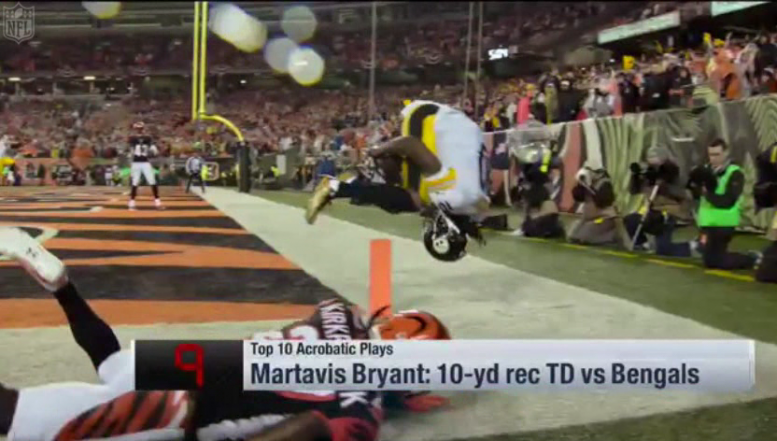 At No. 6 overall was Steelers wide receiver Antonio Brown and it wasn’t for a catch that he made, but the forward flip into the end zone that he had last season in the game against the Cleveland Browns. 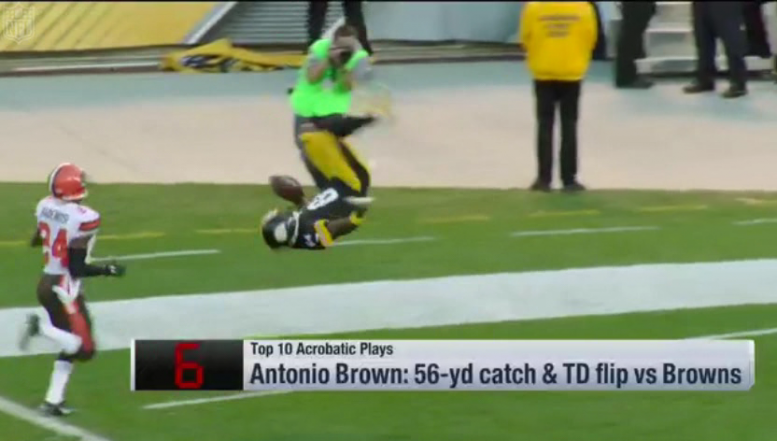 Ranked No. 3 overall was Steelers Hall of Fame wide receiver Lynn Swann and his amazing 53-yard catch against the Dallas Cowboys in Super Bowl X.

With that out of the way, feel free to chime in with a few other all-time great acrobatic catches by Steelers players that you remember from years gone by in the comments below. How about the over the shoulder catch by John Stallworth in Super Bowl XIV? Also, how did the amazing catch by Santonio Holmes in Super Bowl XLIII not make this list? Was it not acrobatic enough? Was the Immaculate Reception by Franco Harris not acrobatic enough?