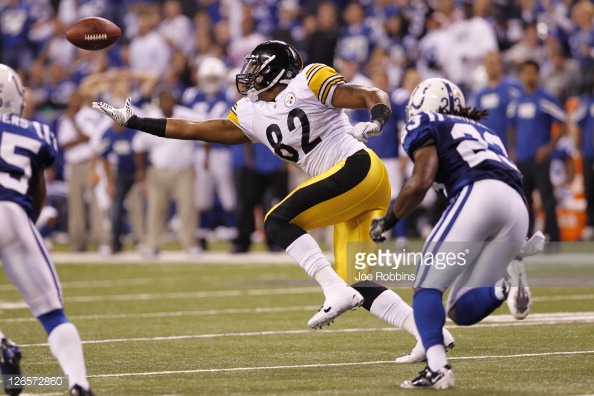 There’s a name from the past.

The athletic, though slightly troubled, former Pittsburgh Steelers’ tight end is indicating a return – ostensibly a tryout – with the team. Reader Frederik pointed this out to me per Saunders’ Facebook page.

He last played in 2014 for the Indianapolis Colts, appearing in one game per Pro Football Reference. His last significant action came the year before that, catching four passes in six games for the Colts. Saunders was a UDFA out of South Carolina, spending his first two years with the Steelers. Over that span, he caught six passes and one touchdown, mostly functioning as the teams #3 tight end.

“The next Heath Miller,” he was not, in large part to getting slapped with a four game suspension for PEDs in February of 2012. He was officially released in October of that year. He was popped again for violating the league’s steroid policy the next summer, then a member of the Colts. He was officially waived for good in December of 2014.

It appears that Saunders has dropped some weight too, if this tweet to a fan is any indication.

Saunders weighed in at 270 pounds at the Combine back in 2011. On his Facebook page, he posted a photo of his body transformation and yeah, it’s pretty impressive. 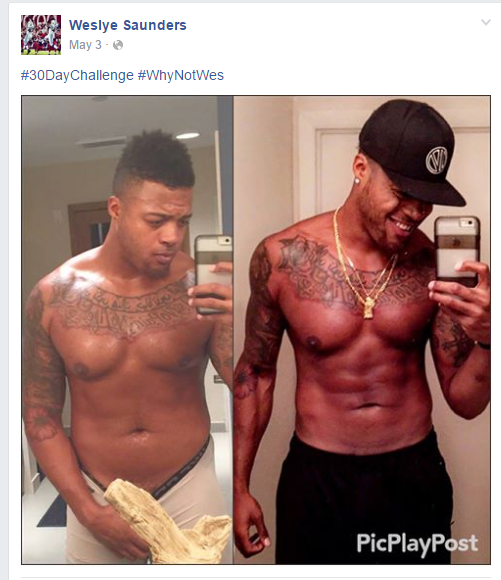 Heck, I’d like to look like the “before” part of that picture. You’d probably, too. So kudos to Saunders for getting rocked up.

He’s also assessed his odds of getting signed by the Steelers while also tagging Mike Tomlin in his tweet. Hey, it worked for Shiloh Keo.

Pittsburgh was recently in the market for a tight end after losing Jay Rome for the year. They held a tryout with at least a couple tight ends, settling on Paul Lang. But if Saunders can play the way he looks and show he’s a changed person, the Steelers might reshuffle their roster one more time.