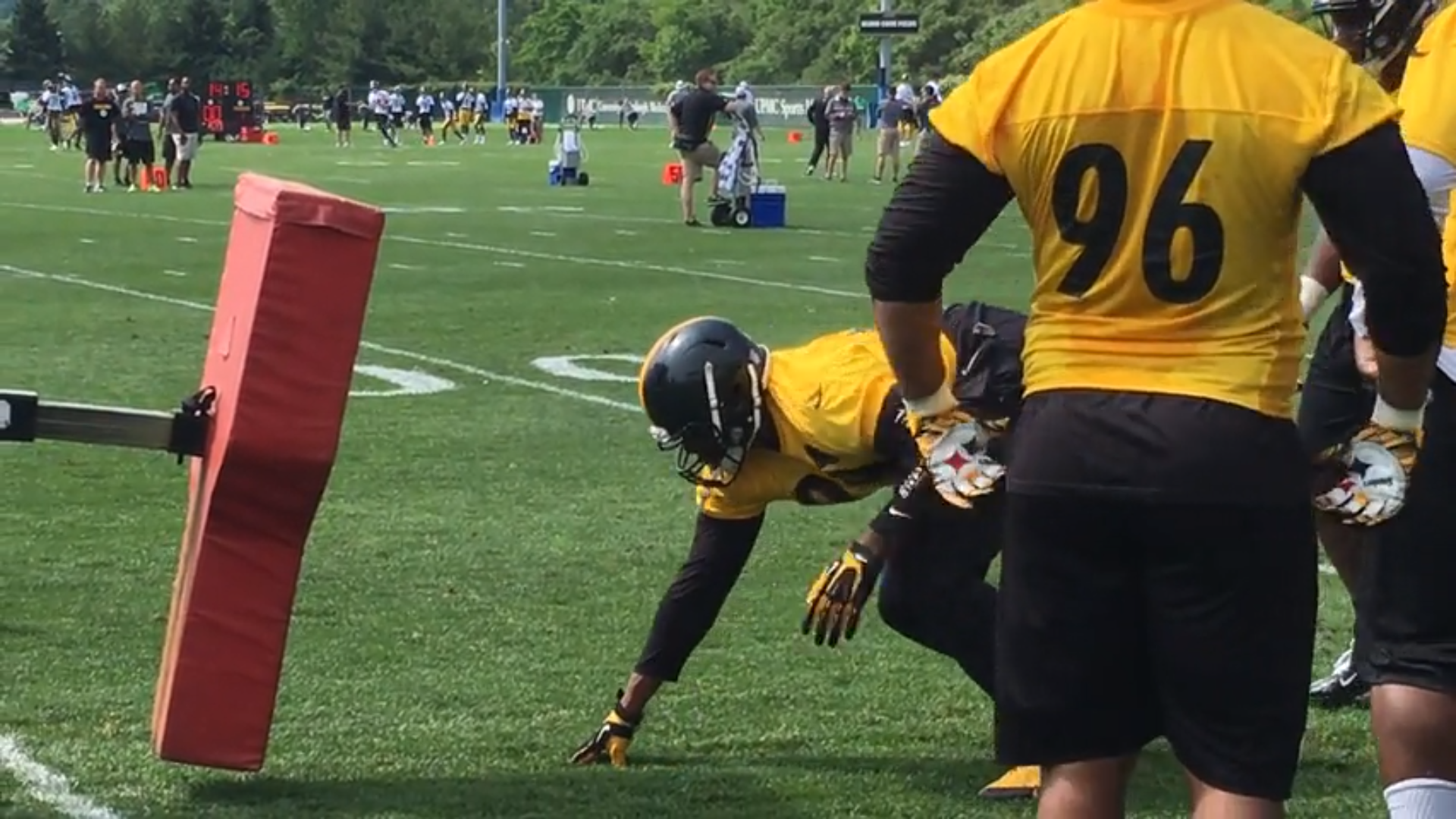 Show me something, Caushaud Lyons.

And when I mean something, I mean literally anything, because almost nobody has seen anything from him since the Steelers claimed him off waivers after the final roster cuts at the end of August last year. He spent the first three weeks on the 53-man roster, inactive, before being cut and moved to the practice squad for the rest of the year.

There may have been a brief clip or two from one of the Steelers’ videos on the team’s website or from a beat reporter this spring that offered a quick glimpse of Lyons hitting a blocking pad or something of the sort, but he is almost entirely an unknown, and an unknown at a position in which the team is searching for depth.

The only thing that we know about Lyons is the fact that he is an intriguing physical specimen, listed at 6’5” 284 pounds. He ran a 4.87 40-yard dash at the Combine with a 30.5-inch vertical, and is said to be a committed worker in the weight room.

A small-school product, and needless to say one of the better players at his level of competition, Lyons was a finalist for the Gene Upshaw Award, given to the best DII defensive lineman annually. During the preseason for the Buccaneers, he recorded four tackles and a sack.

He projected more, however, as a 3-4 end rather than in a 4-3, and given the fact that he was still fundamentally raw, he did not make the final 53-man roster. The Steelers saw enough to claim him and leave him on the 53-man roster for weeks, in doing releasing two of their draft picks to help make room.

Currently the team is in search of defensive end depth behind their starters, with Cam Thomas gone and second-year L.T. Walton having hardly contributed his rookie season as well. They added Ricardo Mathews in free agency from the bargain bin.

It is imperative that the Steelers find legitimate, meaningful competition between Walton, Mathews, and Lyons in order to ensure that they can produce quality depth consisting of players that they can actually put on the field and give their starters rest. Lyons’ athleticism mixed with his status as an unknown offers intrigue, but he desperately needs to show something this summer, because we haven’t seen anything.