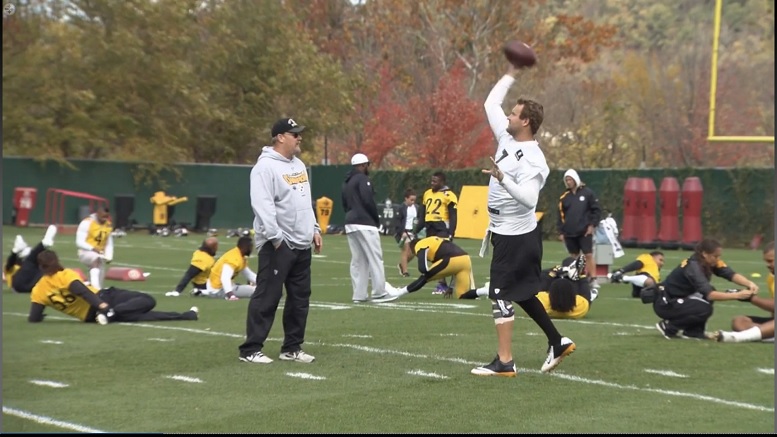 Maybe he loves it because he’s just that good at it.

According to Pro Football Focus, Roethlisberger had a 50.7% adjusted accuracy rate on passes 20+ yards, leading all QBs.

The top 10 NFL QBs in deep adjusted completion % (throws of 20-plus yards downfield) in 2015. pic.twitter.com/AFIUch511k

It meshes with what our Matthew Marczi looked up, though again, just for short yard situations, last week. In his study, Roethlisberger had a 50% adjusted completion rate.

Hopefully Sammie Coates is able to emerge to replace the deep ball capability Martavis Bryant had. And the sooner Ladarius Green gets on the field, Day One of training camp would sure be nice, the better and more explosive the offense will be. As we’ve covered before, Green gives the Steelers a new deep threat element they didn’t have under Heath Miller.

The only downside to PFF’s data is Roethlisberger’s TD/INT ratio. 1:1, easily the worst of any of the QBs on the list. That isn’t all Ben’s fault but is one area to focus and improve on in 2016. Again, this is where Coates and Green can come into the frame, using their size to win some of those 50/50 balls downfield.

Lastly, Roethlisberger’s 73 attempts is just another illustration that Todd Haley gets a bad rap for being a “horizontal” offense. It may be moreso than Bruce Arians, almost every offense is, but it’s one that has builds in deep threats all the times and gives Roethlisberger the freedom to rip it.

His attempts are the fourth most on the list, trailing just Arians’ Carson Palmer, Drew Brees, and Blake Bortles. And of course, Roethlisberger missed four games. Prorate his 73 out and you get 97 over a full season, tying Palmer for the lead.