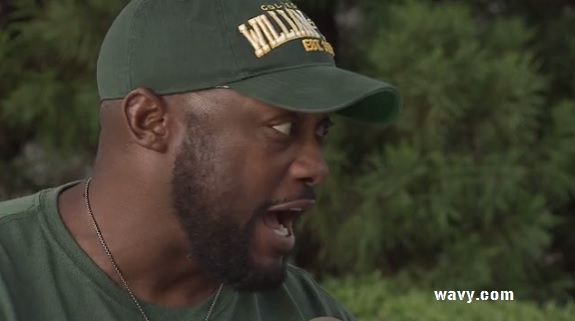 One of the criticisms that I find often most interesting when it comes to coaches and analysts is a judgement of their football background. “He never even played!” is a comment often thrown around in such situations. That is why I found a recent list published by ESPN so interesting, as it takes a look at (and somewhat arbitrarily ranks) the playing history of each current NFL head coach.

Mostly to simply get it out of the way, Kevin Seifert’s list ranks Pittsburgh Steelers head coach Mike Tomlin 14th among current NFL head coaches. Tomlin is one of many in the group who never played at the professional level, but he was an accomplished wide receiver at William & Mary for three seasons.

“Although he became a defense-minded coach”, he writes, “Tomlin started at receiver for three seasons at William & Mary. He was named first-team All-Yankee Conference in 1994 after setting a school record with a 20.4-yard average per catch. In his career, he caught 101 passes for 2054 yards and 20 touchdowns”.

Each coach received a “something you might not know” segment as well, where Seifert writs that, according to a former teammate, Tomlin “would dress to his waist and then do pushups”, something that he learned from Jim Brown, in order to “unnerve opponents” with erratic behavior.

What I find interesting is that two coaches, Adam Gase and Ben McAdoo, actually never even played football at the collegiate level. Gase was a wide receiver in high school, McAdoo a left tackle. At least in the former’s case, Gase served as a student-coach after high school. McAdoo did not pursue coaching until after graduate school.

A good deal of other coaches played collegiately, but very little. Gase and McAdoo ranked at the bottom of the list, but Bill Belichick ranked 29th, with Seifert writing that he was “injured for most of his junior season and saw ‘limited’ action as a senior” at the Division III level. He quickly gravitated toward coaching after that.

Ravens head coach John Harbaugh has a statue erected at his alma mater of Miami (Ohio)…but it depicts him as a coach, rather than a player. His greatest accomplishment as a player was winning the Football Scholar Athlete award.

There were, of course, some coaches who actually played well enough to make it to the NFL, though only with varying degrees of success. 10 current coaches have played in the NFL to some degree, even if it was on a practice squad.

Eagles coach Doug Pederson was a backup quarterback for 12 seasons, and Gary Kubiak’s tenure as John Elway’s backup is well-documented. The same goes for Jason Garrett’s backup career. The best that can be said of them is that they all showed a coach’s mind during their playing days.

Jeff Fisher played safety and was a punt returner for five seasons, producing five interceptions and nine fumbles. Mike Mularkey was a number two tight end for almost a decade. Ron Rivera, of course, played for the Bears, starting 62 of 149 games, though he was a backup during their Super Bowl run.

Todd Bowles was a Redskins safety for eight years, starting 82 games and was the signal caller for a championship team. Finally, Jack Del Rio heads off the list, playing 11 seasons, starting 128 of 160 games. He made the All-Rookie team, and is the only current head coach to have gone to a Pro Bowl.