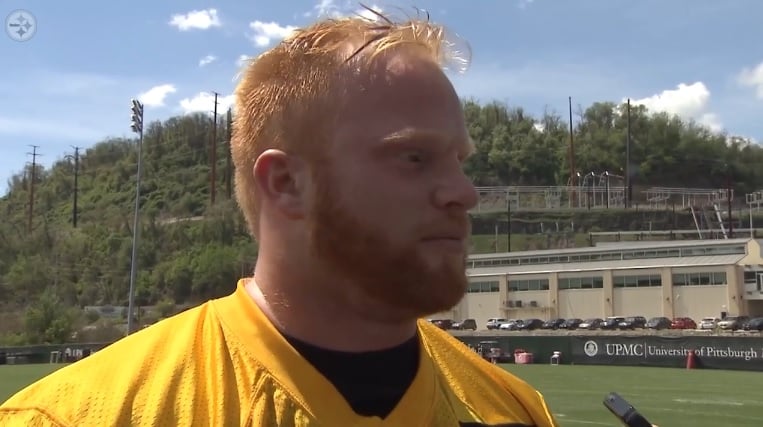 That first taste into the NFL isn’t easy. It’s overwhelming, chaotic, removing yourself from the comfort you had as “the guy” in college. The transition is still ongoing but the veterans are helping a guy like Tyler Matakevich get through it.

He gave credit to basically all of the Pittsburgh Steelers’ linebackers and noted that he’s been playing with Steven Johnson on defense. That suggests the pair are running as the third team defense, meaning someone like L.J. Fort is currently paired opposite of Vince Williams on the second team. Of course, if true, that’s in large part due to Fort’s experience, and there will be a clear battle during camp to fill out the final linebacking spots.

The bar is set by the longest tenured one of the group, Lawrence Timmons.

“Having LT around, you see how good he is and why he’s a pro. Just trying to follow what those guys do so I can become like them,” he told Varley.

Timmons’ durability shouldn’t be overlooked. Over the last six seasons, he’s started 95 of a possible 96 games. Rarely do you hear about Timmons missing a practice, and clearly, much less a game. That’s supreme toughness, notably evident last season when he pushed through a nasty turf toe injury, still never missing a snap in the regular season until the team’s dime defense pulled him off. So while Matakevich is getting valuable advice on the field, knowing how to take care of your body off it, like Timmons, is just as critical.